Electronic Arts and DICE have revealed the roadmap for Battlefield 5 and as we can see, its battle royale mode, Firestorm, will be coming out in Spring 2019. In other words, this mode will be delayed by at least four months, allowing Black Ops 4 to win over all those thirsty for a triple-A battle royale game.

According to the developers, Firestorm aims to elevate the battle royale mode by bringing in the best of what Battlefield is known for. Mix a shrinking playing field with trademark Battlefield elements such as team play, powerful vehicles, and destruction, and you get many unique Battlefield moments coming your way.

Furthermore, a Greece map will be also added in Spring 2019. Players will join a massive aerial invasion along the Cretan coast. The Allied side is desperate to cling to the island under attack by the Axis, attempting to break through the British defenses air superiority and paratroops. This map aims to bring all-out war defined by a power struggle between tank control versus air superiority.

This will be the second video-game featuring a map based on Crete (the first one is of course Assassin’s Creed Odyssey) so I’m really looking forward to see whether this new map will feature any iconic locations from my island.

Those interested can find the full roadmap for Battlefield 5 below! 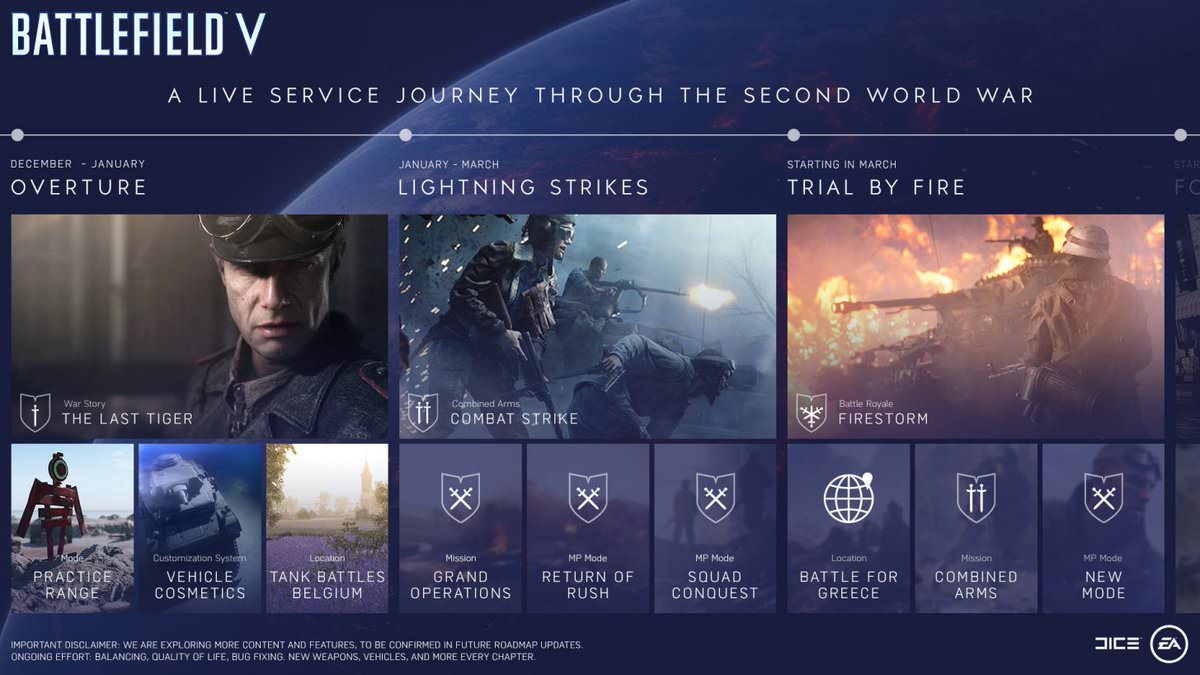