DICE has detailed the four new maps that will be featured in the last DLC of Battlefield 3. These four maps are: OPERATION RIVERSIDE, NEBANDAN FLATS, KIASAR RAILROAD and SABALAN PIPELINE. These four maps support the Air Superiority and Capture The Flag modes that will be added via this DLC, as well as the older Conquest, Rush, Squad Rush, Team Deathmatch and Squad Deathmatch modes.

According to their desctiption, Operation Riverside houses an electric power substation at its center, with a small river flowing along its axis. The layout of the bases in Operation Riverside caters somewhat towards infantry action rather than all-out vehicle warfare. It’s generally speaking an infantry-friendly landscape where soldiers can go by foot between the bases, while ground vehicles need to take more roundabout roads to traverse the environment.

Nebandan Flats will be an arid desert dotted with gigantic wind generators. But behind its unassuming exterior hides a secret weapons and munitions depot, leading to a clash in the area. The relative openness of the desert setting allows for full freedom of movement for the entire range of vehicles at disposal in Battlefield 3 multiplayer.

Kiasar Railroad will be a picturesque summer logging industry setting that sees a strategic railway stretch across the map – with covert weapons deliveries being its main purpose. The many height changes in this undulating landscape can be used to your advantage – There’s plenty of opportunity to hide from the enemy and use cover as you approach your targets.

Last but not least, Sabalan Pipeline was built to cater for a mix of vehicle and infantry gameplay. Compared to the other three maps in End Game, Sabalan Pipeline has fewer and narrower roads that are important to control if you want to dominate the opposition. At the center of this map lies a central base that is also an essential asset, as it allows you extended control over the road leading to and from your main bases.

Enjoy the following screenshots from these new maps! 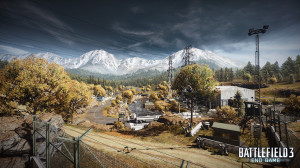 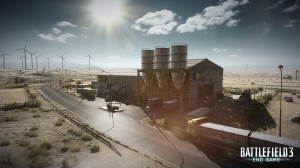 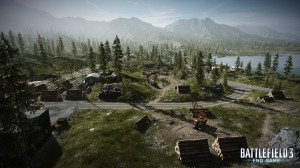 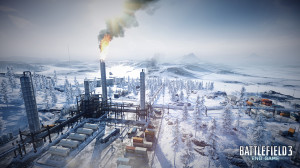