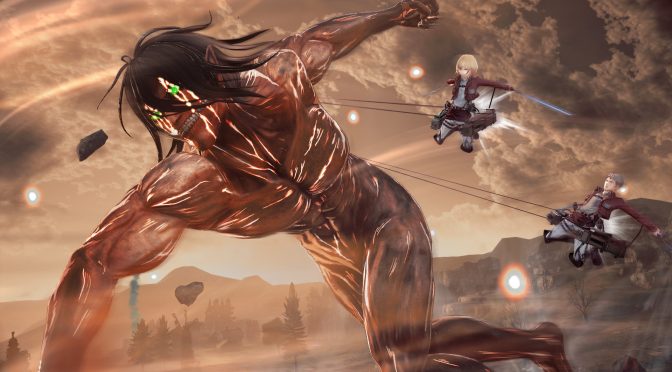 Attack on Titan 2 has just been released on the PC and we are happy to report that this is THE BEST Koei Tecmo game on Steam. To be honest, after Dynasty Warriors 9 we were a bit worried about the state of the next KOEI Tecmo PC game. However, Attack on Titan 2 actually ‘feels‘ like a PC game.

The game comes with a respectable amount of graphics settings, supports keyboard and mouse from the get-go, and displays proper mouse+keyboard on-screen indicators. Yes, finally KOEI Tecmo and Omega Force are offering what most of us have been asking for these past two (or even more) years.

We also did not experience any performance issues. Although Attack on Titan 2 is locked at 60fps, our GTX980Ti was able to offer a constant 60fps experience at 1080p. We’ll talk more about the game’s performance in our upcoming PC Performance Analysis so stay tuned everyone.

Overall, we were really impressed with Attack on Titan 2 on the PC. It took KOEI Tecmo a while but it finally has released a game that plays great on the PC. This is by far the best KOEI Tecmo game and since there are people on the fence regarding KOEI’s games, we had to let you know about it.

Do note that we’re solely focusing on the quality of the port and not on its gameplay. So if that ‘best KOEI Tecmo game‘ part does not sound good to your ears, replace it with ‘most polished PC port‘.