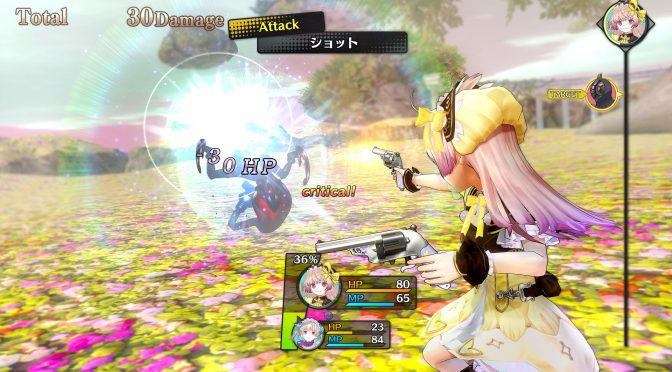 Atelier Lydie & Suelle: The Alchemists and the Mysterious Paintings follows the tale of the alchemist twins – the reserved but caring Lydie Marlen, and the eccentric and carefree Suelle Marlen. The young twins work alongside their father at the family atelier, but due to his inexperience in alchemy they rarely see any customers. While working hard to hone their skills, the duo uncovers a mysterious-looking painting, and as they reach out to investigate the girls are drawn inside a world bountiful with rare materials… perfect for Alchemy! This fateful discovery is just the beginning of the twin’s adventure leading them to their joint goal… to run the best atelier in the country.

To celebrate the reveal of Atelier Lydie & Suelle: The Alchemists and the Mysterious Paintings, KOEI Tecmo released a brand new trailer introducing the game’s protagonists and a first look at the beautiful environments they will explore on their journey.

Atelier Lydie & Suelle: The Alchemists and the Mysterious Paintings is coming to the PC in early 2018.