Assassin’s Creed: Unity releases tomorrow and Ubisoft has revealed the day-one patch that will accompany it. This day-one update is now live on PSN and you can view below its changelog. According to reports, this update weights around 900MB. Given its nature, this changelog does not reveal any PC-only fixes. Still, it will give you an idea of what improvements and tweaks will be included in in. Enjoy and stay tuned for our PC Performance Analysis. Kudos also to Playfront for sharing the changelog images. 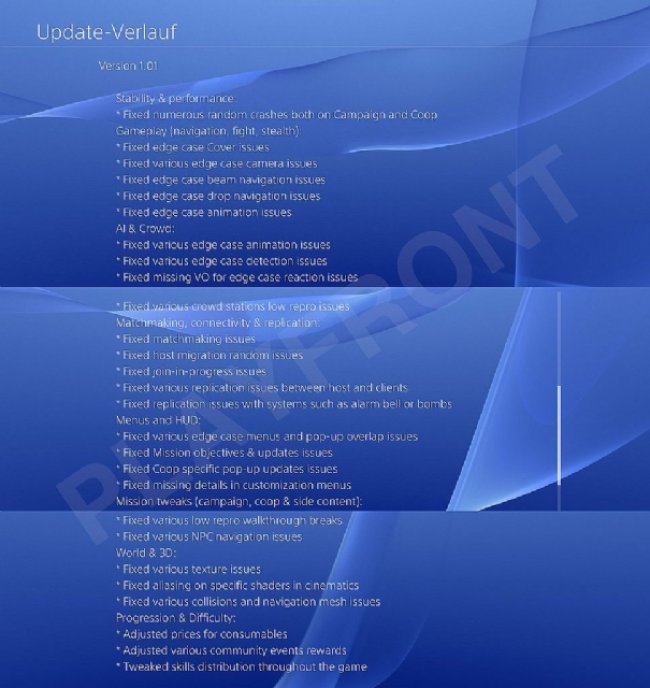