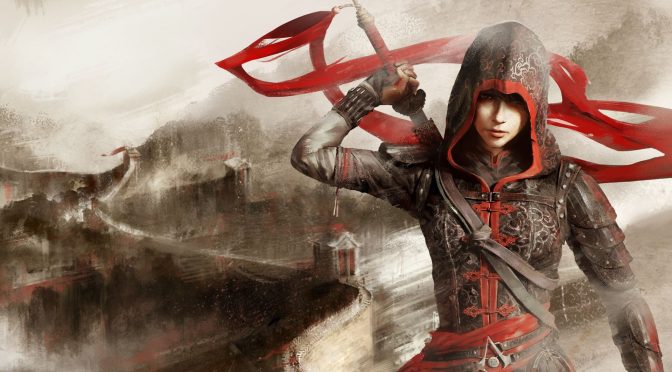 Ubisoft is currently offering Assassin’s Creed Chronicles: China for free on UPLAY. All you have to do in order to acquire your free copy is visit the game’s UPLAY store page, add it to your cart and check out.

In case you haven’t purchased anything from UPLAY, it will ask you for some additional details (like your preferred payment method and your address). We can confirm that this free offer works so there is no reason to worry about providing these details.

In Assassin’s Creed Chronicles: China, players pick up Shao Jun’s story as she returns to China hell-bent on revenge. Her story will take players across China, to famous locations including the Maijishan Grottoes, Port of Macau, The Forbidden City and The Great Wall. Armed with stealth, agility, and a combination of deadly weapons and equipment including a sharp and swift jian, a secret shoe blade and lethal rope darts and daggers, players will deliver payback to those who decimated the Chinese Brotherhood of Assassins.

Developed by Climax Studios in collaboration with Ubisoft Montreal, Assassin’s Creed Chronicles brings the thrill of being a Master Assassin to 2.5D. Brought to life by fusing the essence of Chinese 16th-century traditional brush strokes with more contemporary impressionistic styles, Shao Jun’s adventure will immerse players in a living painting as they traverse undetected across China’s historical landmarks.