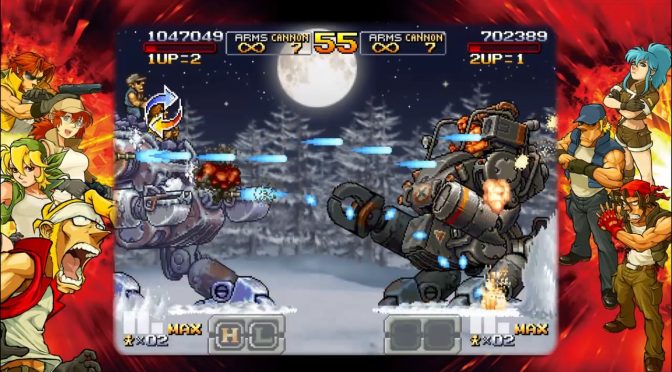 SNK has just released Metal Slug XX on the PC via Steam. However, it appears that this port is mediocre as it lacks the ability to remap your keys. The game also lacks any meaningful graphics settings, making this offer feel less attractive than playing the game via various emulators.

And that’s the biggest issue of this PC release in my opinion; the lack of options. I mean, I’d love to see the inclusion of some filters for these 2D games and since most Nintendo DS/Playstation PSP emulators offer these things, this PC release feels like a simple port and nothing more (which is to be expected for such an old game but still).

Again though, the inability to remap your keys is perhaps the most offending thing in this release (again, all emulators allow you to remap your keys). PC gamers have been enjoying these games for years via emulators so it really puzzles me when a company releases a version that lacks so many features. I mean, this is the most legal way to enjoy Metal Slug XX on the PC but the lack of support for key binding is inexcusable.

According to SNK, the PC release comes with graphics upscaled to 1080p and 4k screen resolution support (this is useless for 2D games and was already supported in emulators but yeah, 4K everyone. Hooray). Perhaps the best thing about the Steam release is that Leona Heidern, who was a paid DLC character in the original PSP game, is now playable for free and from the get-go.

Here is hoping that SNK will release a patch that will at least add support for re-mapping the keys!