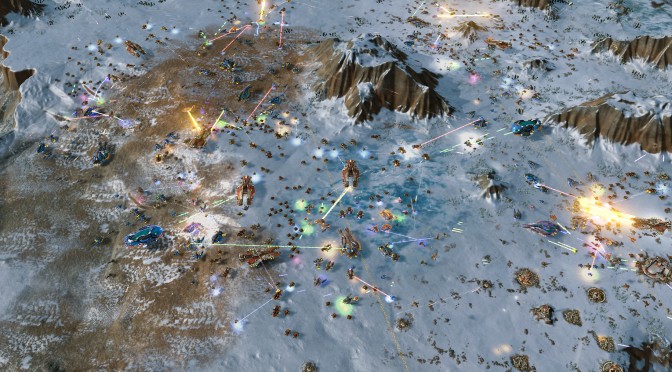 Oxide Games has released a new patch for Ashes of the Singularity. According to the changelog, this update adds five new maps, adds map ping to the game, and improves unit movement and physics, as well as unit responsiveness. This patch will be auto-downloaded from Steam, and you can read its complete changelog below.

Ashes of the Singularity – Update 1.3 Changelog: