AMD has officially announced its latest graphics cards. As AMD revealed, there will be two series; one for the high-end enthusiasts and one for the casual crowd. These two series are Radeon R7 and Radeon R9. As the red team revealed, some energy efficiency tweaks have been made to these new upcoming cards and the R9 series will support DX11.2.

The Radeon R7 250 will be the first product and will be priced below $100. This card will be equiped with 1GB of GDDR5 and scores around 2000 points in 3D Mark’s Firestrike benchmark.

The second model is called R7 260X and will be priced at $139. This card will come with 2GB of GDDR5 and scores around 3700 points in Firestrike.

The high-end model of AMD is called R9 290X and according to the latest rumors, it beats Nvidia’s Titan card. AMD has not revealed any specs or price for this model as of yet. 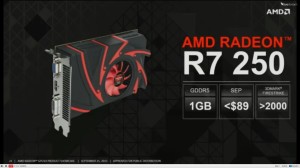 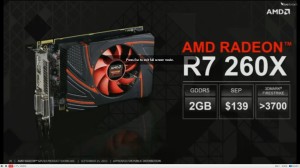 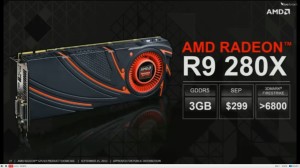 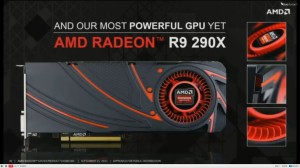 Last but not least, AMD revealed a Battlefield 4 bundle. This bundle is available only for the R9 290X card, and its quantities are limited. Players will be able to pre-order from select partners starting  October 3rd. 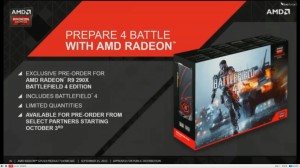 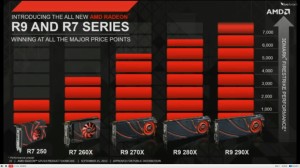 All we have to do now is wait to see some actual numbers, and what Nvidia’s answer will be.

AMD’s latest GPUs are planned for a Christmas release!