Despite rumours hinting towards a 2016 release, it appears that AMD’s high-end GPU, codenamed VEGA, will be released in the first half of 2017. This information comes straight from AMD (as it was featured in AMD’s August 2016 Investor Presentation), meaning that this is as legit as it can get. 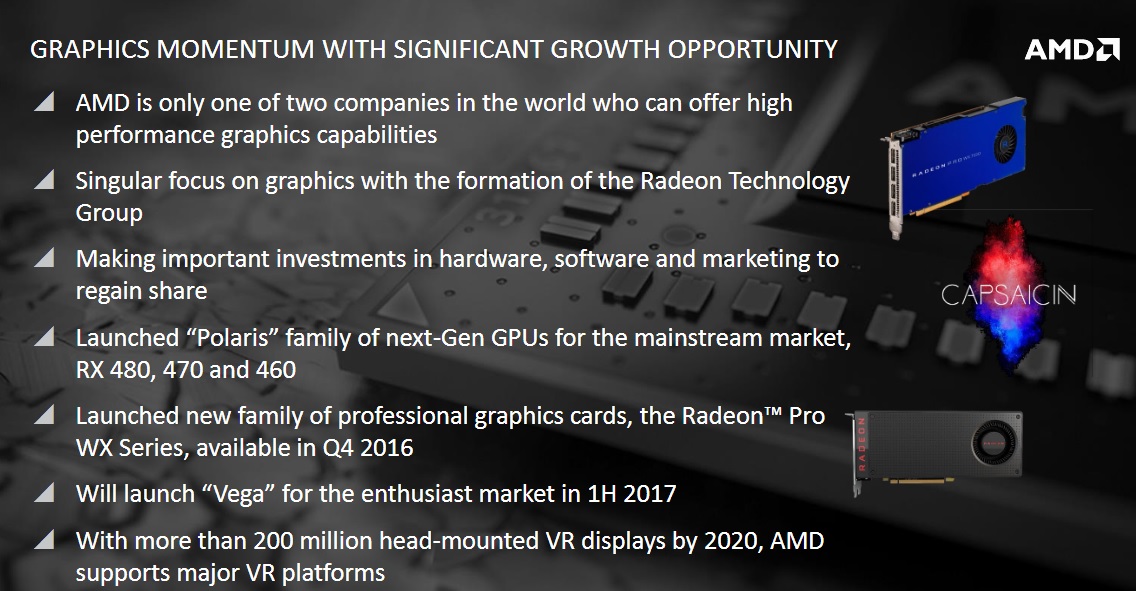 AMD’s VEGA is said to be focused on the enthusiast market, so it will be interesting to see whether it will be able to top NVIDIA’s GTX1080.

We are also pretty sure that NVIDIA is already working on the GTX1080Ti (that will most probably come close to Titan X’s performance), so we are really curious whether VEGA will be able to compete with this upcoming GPU.