We have some official data regarding AMD’s next-generation Ryzen 4000 CPU family which is based on the new refined Zen 3 core architecture. The information appears to be a part of some confidential AMD documents that were shared by CyberCatPunk, coming via Tom’s Hardware, and Wccftech.

The Zen 3 CPUs will be officially revealed on October 8, and now some specs have been leaked to give us some insights about the performance of these Zen 3-based CPUs. Likely to be fabbed on the TSMC’s 7nm+ EUV process node, the Zen 3 architecture is said to deliver better performance per watt ratio and efficiency than the previous Zen 2 lineup, which was already a revolutionary architecture from AMD.

As we already know the AMD Vermeer Desktop CPUs based on Zen 3 microarchitecture will be known as the AMD Family 19h Model 21h B0. According to these leaked official documents, Vermeer CPUs will be designed to be used in high-performance desktop platforms, and they are also going to feature up to two CCD’s (Core/Cache Complex Dies) and a single IOD (I/O Die). The document dates back to June 10.

The document appears to be a Processor Programming Reference (PPR) guide for AMD’s Family 19h Model 21h B0, which is Zen 3. For context, Zen+ and Zen 2 belong to Family 17h. As previous rumors have already pointed out, Ryzen 4000-series Vermeer processors will retain the multi-chip module (MCM) approach, the chiplet design. These leaked documents confirm the same as well.

Unlike the previous generation of AMD CPU lineup a single CCD housed two CCX’s (Core Complexes), however, in the case of Zen 3 CCD, a single CCX will feature up to 8 cores running either in a single-thread mode (1T) or a two-thread SMT (simultaneous multithreading) mode (2T), for up to 16 threads per CCX. The chip will have a maximum of two CCDs, so the core and thread count will max out to 16 cores and 32 threads only, same as the existing Ryzen 9 3950X desktop CPU. To reiterate, Zen 3 will have two core complex dies (CCDs) with a one I/O die (IOD) inside of a chip package.

According to the documents, there’s only one CCX inside each CCD. Since there’s only one CCX, all eight CPU cores can now directly access the 32MB of shared L3 cache. The amount of L3 cache remains the same at 32MB per CCD on Zen 3. This new revamped Zen 3 arch design will help lower latency, and also improve the overall instruction per cycle (IPC).

AMD will be introducing an improved scalable data fabric with Zen 3 cores with support up to 512 GB per DRAM channel or up to 1 TB of ECC DRAM. For the memory interface, these Ryzen 4000 Vermeer desktop CPUs will still have DDR4-3200 speeds. However, there will be 2 unified memory controllers on the CPU, and each of them will be supporting one DRAM channel for a total of 2 DIMMs per channel.

We hope Zen 3 architecture to bring at least 15-17% IPC uplift compared to the previous gen Zen 2 CPU lineup. Zen 2 CPUs already featured double the L3 cache over the Zen/Zen+ series chips, and ZEN 3 is going to take things to a whole new level.

AMD’s next-generation Zen 3 architecture aims to alleviate some of the shortcomings of AMD’s existing architecture designs. So, expect some AMD CPUs going as high as 5GHz, to give Intel a stiff competition on the single-core frequency, along with a 50% increase in Zen 3’s floating-point operations & a major cache redesign.

These are all the leaked specs from the documents as compiled by Wccftech.

The CCX consists of:

Scalable Data Fabric. This provides the data path that connects the compute complexes, the I/O interfaces, and the memory interfaces to each other. 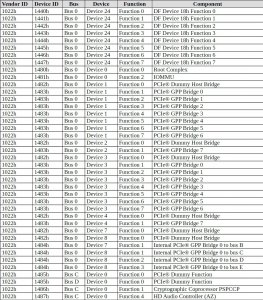 AMD is expected to unveil its next-generation AM4 CPU lineup based on the Zen 3 core architecture on 8th October as confirmed before in an official announcement.