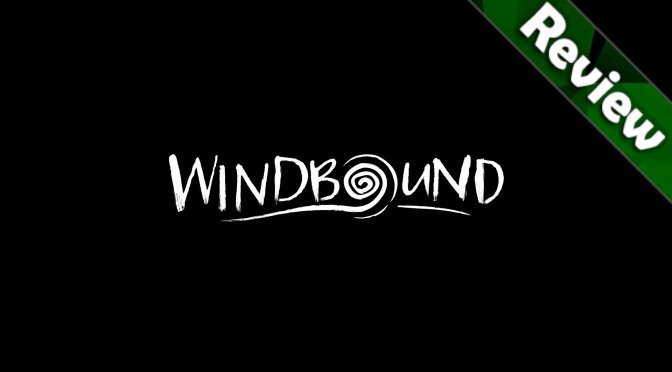 If one good thing has come out this wretched epidemic, it has to be the blissful absence of endless vacation photos on social media. Look, we all deserve time off every now and then, but the constant barrage of people reclining on white, sandy beaches would make anyone develop an inferiority complex. So whenever travelling picks up again, I will seriously consider deleting all my social media accounts, or I could just keep playing games like Windbound.

Created by a tiny Australian studio named 5 Lives Studios, Windbound offers the player a pseudo seaside vacation with pristine little islands, wide open skies, and the tranquility of sailing the deep blue sea. It is quite obvious that this bunch of Aussie devs like playing Zelda titles (such as Wind Waker and Breath of the Wild) since their game takes inspiration from the art style, borrows a handful of mechanics, and recaptures the adventure where it’s just you and the great outdoors.

Where Windbound diverts sharply from the Nintendo classics is that the ocean is a much more hostile place this time around since 5 Lives  Studios shifts the focus from dungeon-crawling and puzzles, to a game that identifies with the survival and rogue-like genre. In the moments when it sails closer to Zelda territory some genuinely interesting experiences manage to take shape. Nonetheless, a few obvious shortcomings prevents Windbound from holding a candle to bigger, more developed survival games.

Hoo-ray and up she rises, early in the morning

You know how movies always depict desert nomads wrapped up in shawls, slowly making their way through the blistering sands? Well, Windbound follows the nomads of the water making their way across across the great, wet desert of the open sea with hand-crafted boats instead of camels. Unfortunately, this little tribe of seafarers crossed paths with a giant nautilus, which is something of a guardian watching over the oceans of this world.

While making their way through a particularly violent storm, the nautilus suddenly attacks from the depths, and one of their tribe, Kara, becomes separated from her people. She wakes up stranded and alone on an archipelago of islands with little more than a knife to fend for herself in these unfamiliar surroundings. There is also something magical afoot in this desolate place because several objects and artifacts seem reactive to the locket Kara carries around her neck.

Windbound therefore follows the quest of Kara’s struggles to find her people using only her skills to hunt, craft and endure. The player’s task is to help Kara survive through several chapters which play out in a different archipelago for each one. Her quest is simple: Kara only has to activate three magical nautilus keys perched on randomly generated Islands (which then activates a portal). How the player sets about this task is where the real meat of Windbound lies.

Let us sing the sailor song

I think I should preface this bit by saying I would HIGHLY recommend playing Windbound with a controller instead of using keyboard and mouse. I initially decided to go with clicky and QWERTY because I feel like I haven’t used them in ages, but the shaky, unpredictable experience is definitely not recommended. I have yet to locate the button on my keyboard that brings up the map… or that enables Kara to walk a bit slower. Good luck finding a keyboard button map in the menu screen.

Anyhow, one of Windbound’s most obvious strengths is how 5 Lives Studios employed a relatively modest variety of assets and in-game systems, and crafted a surprisingly extensive survival experience from them. With a Steam folder that is barely one-and-a-half gigabytes in size, the game often succeeds in feeling like a much bigger experience than it theoretically should be.

There are massive stretches of water between the each of the islands filled with highly aggressive sharks, which means swimming is totally out of the question. The player’s first hurdle is therefore to familiarise themselves with building boats starting with the weakest but most abundant material: Grass. Harvest enough grass, build a basic canoe, grab a snack for the journey, and off you go.

Boating lies at the heart of Windbound and Kara’s progress is reflected in how her boat evolves. As I explored bigger islands and gathered more diverse materials, Kara’s little dinghy transformed into something resembling a floating wooden fortress. I particularly liked how the game gives the player a fair amount of creative leeway on where to put your sails, where to put your hulls and building on-board storage containers. Truly a engrossing experience for someone with mild OCD like me!

Don’t get too carried away, though, because Kara will still have to sail the bloody thing. Unlike Link who can effortlessly zip across the ocean in his little skiff, sailing in Windbound constantly expects the player to mind the direction of the wind, to hit waves at the right angles, to take stability into account, and to patch up accidental collisions. Some janky (and frankly hilarious) physics sometimes broke my immersion in the task, but sailing in this game is still a pretty cool approximation of the real thing.

Yo ho, blow the man down

The basis of both Kara’s survival and being a shipwright is of course hunting and foraging, which involves the fauna and flora living on the islands. I was pleasantly surprised to see how the devs have put a lot of effort into animating the animals, and watching them follow specific little routines based on the time of day was equally a nice touch. As such, sneaking up on the wild boars when they slept at night made it much easier to gain some meat, but darkness was likewise a cue to be on the lookout for those dangerous, tiger-like ‘Plainstakers.’

Sadly, it is in these moments of gathering food, confronting the local wildlife, and salvaging materials that Windbound falters for using so little hard drive space. 5 Lives’s game is a far cry from feeling small or minimalistic, but I always had this nagging sense that Windbound is missing something. The most fundamental problem, therefore, is that there simply isn’t enough to do in this interesting world. This game is like the anti-Ubisoft open-world.

For all the beauty and diverse biomes the islands have to offer, you don’t actually do much on them except farm crafting materials, or unlock the occasional nautilus key. Sure you can discover new recipes for things like oil bombs or a shameless copy of Link’s glider from Breath of the Wild, but the thrill of exploration had worn wafer-thin towards the closing moments of the game.

As the credits rolled, I still had ample ingredients stashed on Kara’s on-board containers that I never even touched or crafted with. Come to think of it, why does the glider even appear in this game? Sure it made for a quick traversal back to the boat once or twice, but what is potentially an ingenious game mechanic is rendered completely redundant by mostly flat islands.

And what’s that? You want to catch a fish because this is a game LITERALLY set on the ocean? Well you can try shooting them with a bow and arrow, or knife them if you are quick enough, but the buck stops there, buddy.

Bring me that horizon

To say that I didn’t enjoy playing Windbound in short bursts is a complete lie. The game’s cell shaded graphics are capable of rendering gorgeous sunsets, gently lapping sea water, and islands that feel colourful and alive. As Kara found new crafting materials and built up her existing stocks, I was always curious to see what new things I could make or add to my Frankenstein monster of a boat. Alas, this is not a personal experience piece; this is a review.

With my professional hat now firmly in place, I cannot say that Windbound will slake your thirst for a good new survival title. This game has many components that work well together, but I once again suspect that this is yet another visionary studio with too little time to realise their ambition. Windbound will mostly have appeal for players who are looking for a VERY vanilla, simple and rudimentary survival experience.