We all pretty much know that PC gamers are looking forward to AMD’s Ryzen CPUs that will be released in early  March 2017. And while the red team has not revealed any official benchmarks or prices yet, the first gaming-related benchmark (if you can call 3DMark a gaming benchmark application that is) has been leaked online. 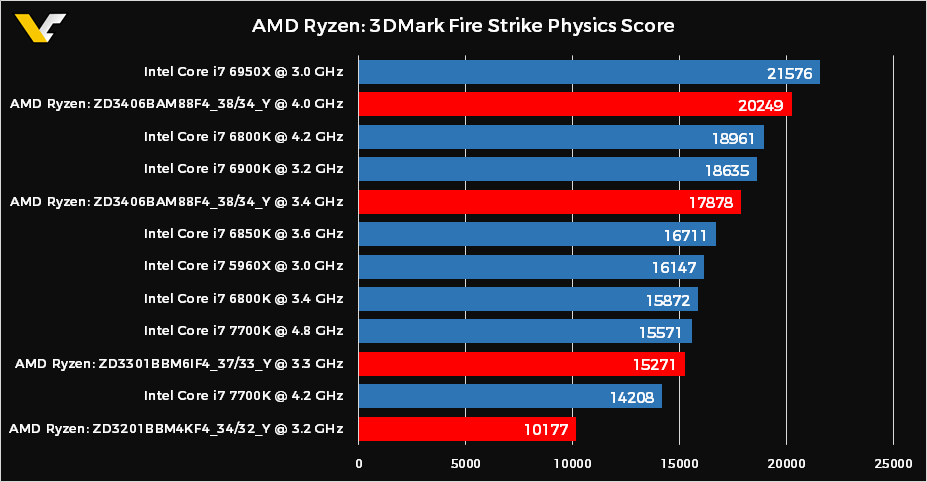 We’ve already reported the possible available models for AMD’s Ryzen CPUs, as well as the rumoured prices so be sure to check our previous articles about AMD’s upcoming Ryzen CPUs.

If these results are legit, if that eight-core model is AMD’s high-end Ryzen product, the AMD R7 1800X, and if it is indeed priced at the $499-699 mark, then we can safely say that AMD has brought a product that will put to shame Intel’s high-end offerings (especially when it comes to the performance/price ratio).