Chinese website Coolaler has leaked AMD’s Ryzen CPU lineup. According to the report, AMD will be offering 17 CPU models that will compete with Intel’s i5 and i7 CPUs.

Since this lineup has not been confirmed yet, we strongly suggest everything you are about to read with a grain of salt.

AMD will be also offering 7 other CPU models that will most probably target the low-range market.

Unfortunately, we still don’t know the price of these chips. The good news is that AMD plans to release Ryzen in early March, so we’ll most probably hear more about it in the coming weeks! 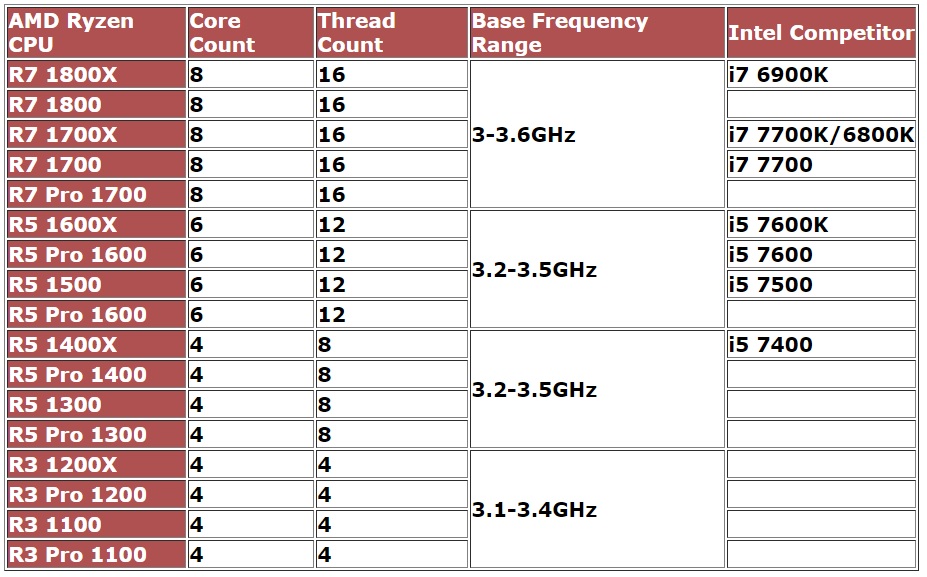