A couple of days ago, we presented you a photo from one of the PCs that would be running Battlefield 4 at this year’s E3. Well, good news everyone as AMD has revealed the specs of the PCs that are currently running BF4 at E3.

When we shared the first picture of the PC setup that was going to be used, a lot of people thought that it featured two 7990s in Crossfire. Well, that isn’t the case as the PCs that are currently running Battlefield 4 are made of two 7970s in Crossfire and an AMD FX-8350.

In other words, they are not PC systems that cannot be afforded as of right now from high-end PC enthusiasts.

Unfortunately, AMD and DICE have not revealed the resolution at which the game is running, so we don’t know if BF4 runs at 1080p or at a higher resolution.

Still, this kind of PC is able to run the next-gen version of Battlefield 4, so there you have it everyone.

AMD has also released a new image from one of the BF4 PCs that can be viewed below. 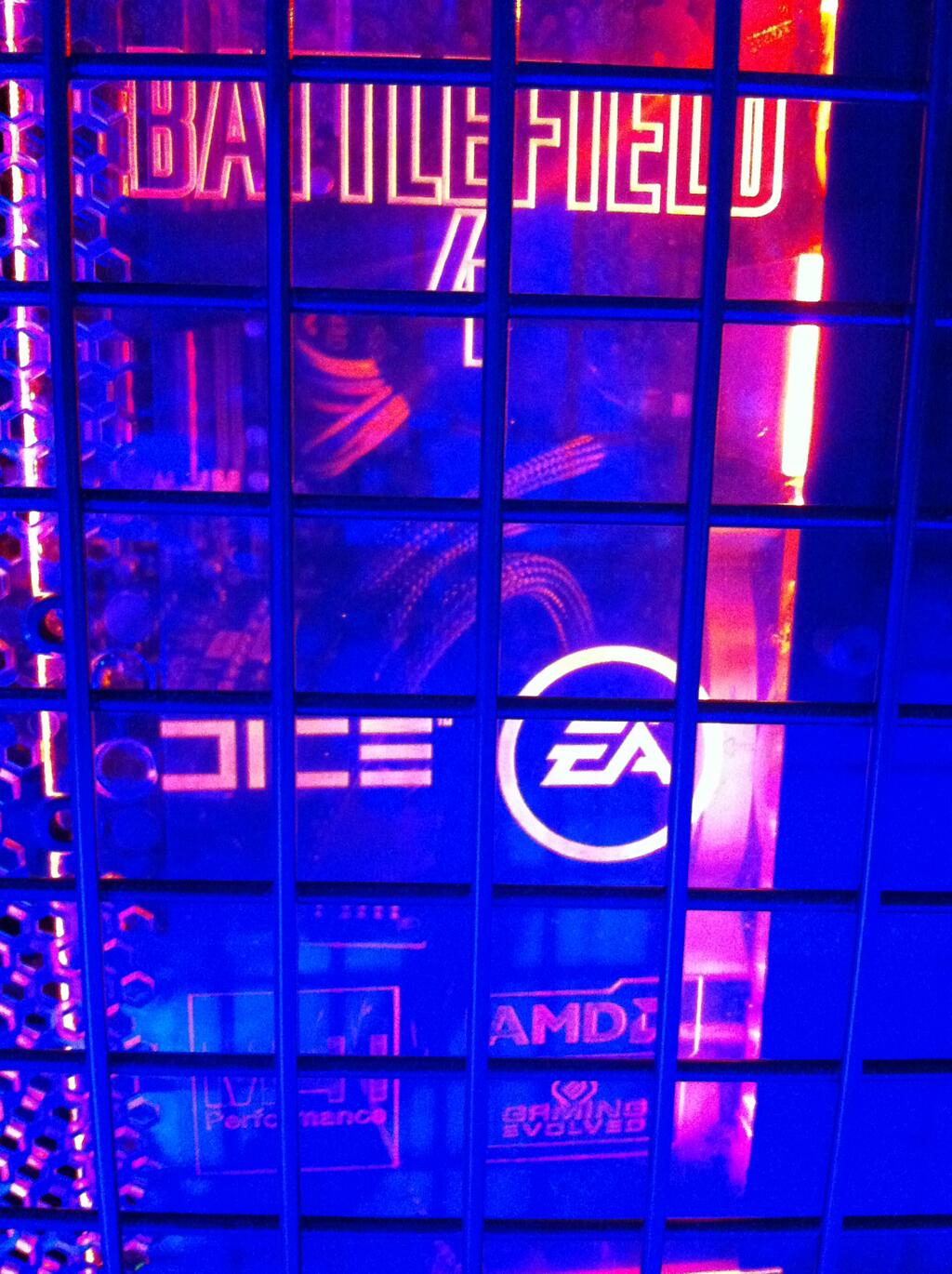