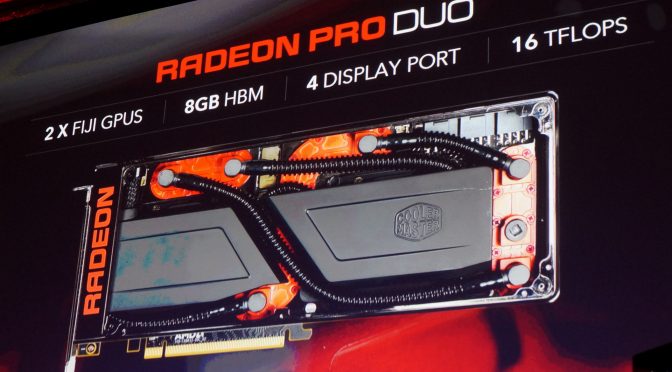 AMD has released its new dual-Fiji graphics card. The AMD Radeon Pro Duo is now available, is priced at 1500+ USD, and there are no reviews for it as of yet. This is precisely one of the reasons we marked the previous story as rumour (regarding the performance of this new GPU).

Unfortunately, the only benchmarks that have been revealed so far are those of Expreview, so take them with a grain of salt. A Greek hardware site also revealed some benchmarks that are really fishy, so there is no point at all linking at them (for example, they claim that 2XGTX970 offer 115% better performance than a single GTX970 in Tomb Raider in 4K, and that the difference between a GTX980 and a GTX970 is only 1fps in Assassin’s Creed: Unity in 1080p. So yeah, stay away from those benchies).

AMD has released some official benchies that can be viewed below. 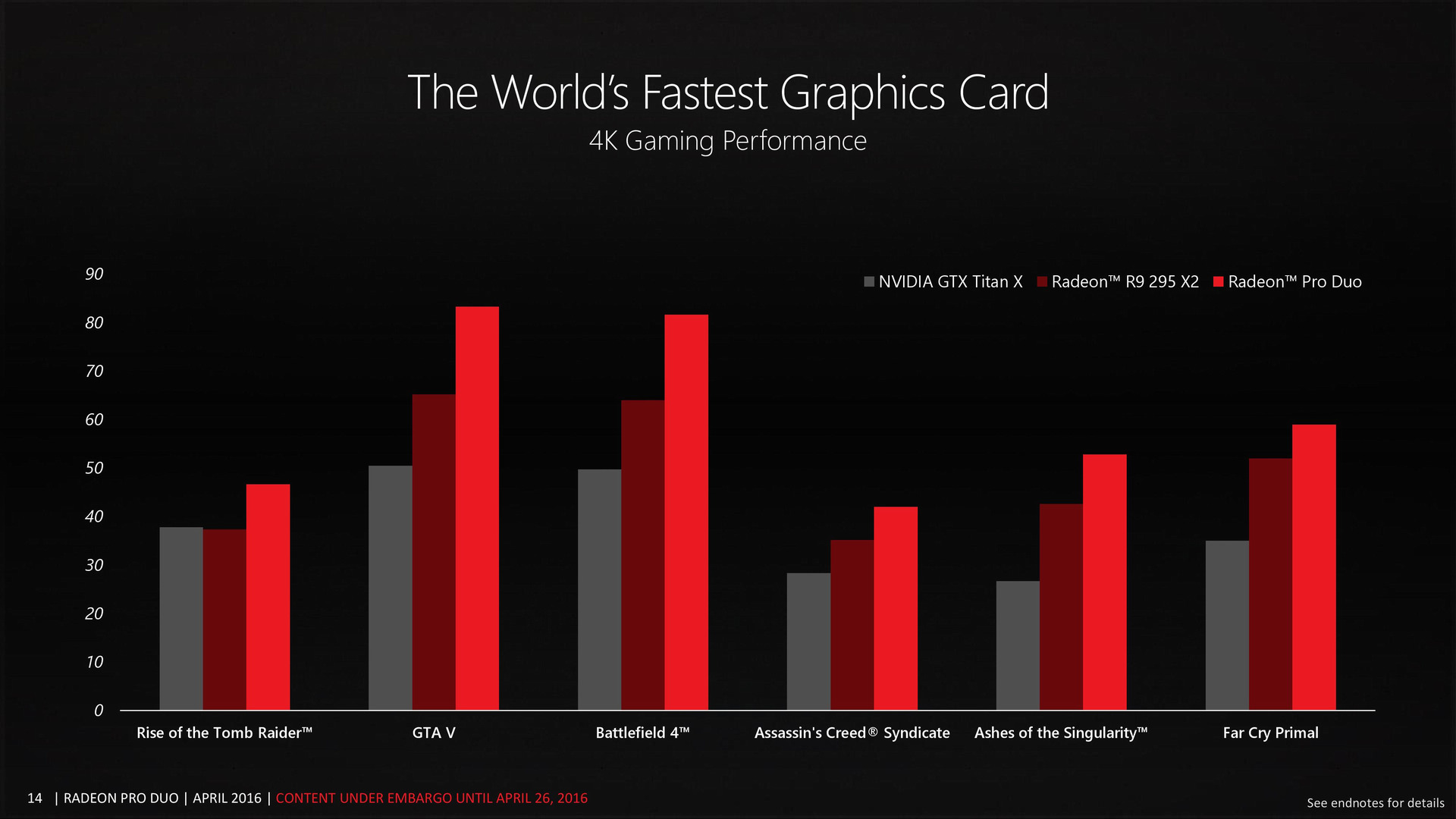 What really puzzles us with the AMD Radeon Pro Duo is its price. Believe it or not, you can actually buy three Fury X graphics cards for the same amount of money required for a single AMD Radeon Pro Duo, something that makes us wonder why on Earth this card is priced so high. In other words, AMD is basically killing its own GPU right from the start.

All in all, the AMD Radeon Pro Duo feels like an overpriced GPU. Whether or not this will be a failed product – especially since AMD’s new architecture GPUs are around the corner – remains to be seen.