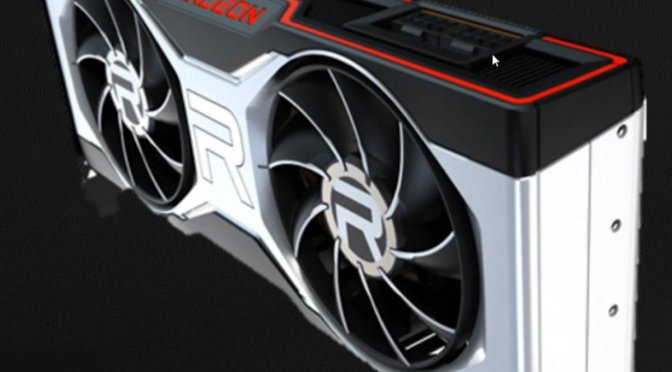 According to a recent report posted by Cowcotland, AMD is now expected to launch its Radeon RX 6700 series by the end of March 2021. It appears that these Navi 22 GPUs are launching later than previously expected, as previous rumors actually pointed out for a January release date.

“According to our sources the two new AMD graphics cards are scheduled for the end of the first quarter of this year, so end of March”. -@Aurélien LAGNY, Cowcotland.

Coming to the specs, Cowcotland reports that the Radeon RX 6700 XT GPU will sport up to 40 Compute Units, which amounts to 2560 Stream processors/SPs. This is the same CU count as the RX 5700 XT, making it an RDNA 2 replacement of this GPU.

Few months ago, a picture of one RX 6700 series “reference” design SKU was also leaked on the web. The card is expected to feature a dual-fan cooler design, and may also require up to two 8-pin PCIe power connectors. It supports the PCIe Gen4 interface as well.

AIB partner cards will obviously offer a much beefier cooling solution, along with a custom design PCB.

These lower-end Radeon 6000 series GPUs might offer more value for money than the other flagship Big Navi cards, assuming you can buy one at the MSRP rate set by AMD. These cards are aimed at the sub-$500 GPU market segment.