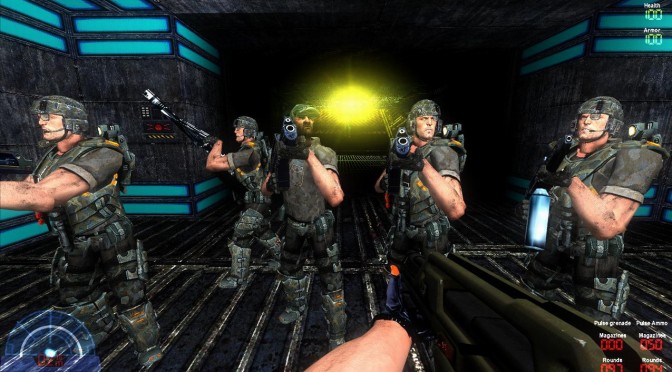 Rebellion today announced that seminal first person shooter Aliens versus Predator Classic 2000 is FREE to download on GOG.com for 48 hours. Any players who redeem the offer in the time period will be able to keep the game forever.

“AvP is lodged deep in our DNA. The series still has a huge following and we’re excited there are a lot of people out there who might get their very first taste of AvP today for free.”

The Aliens versus Predator promotion marks GOG.com’s next stage of beta tests for their release of DRM-free online store and multiplayer client, GOG Galaxy.

With this goal in mind, Rebellion gave GOG.com access to the game’s code to ensure that their edition of Aliens vs. Predator Classic 2000 can include multiplayer cross-play with Steam owners of the game in the near future, something Kingsley fully supports:

“Cross-play is a feature we’re delighted to see in AvP. Having two of the largest communities in PC gaming actively supporting cross-play is good for devs and good for Rebellion because it’s the best thing for gamers. They want to play together, whatever the platform.”