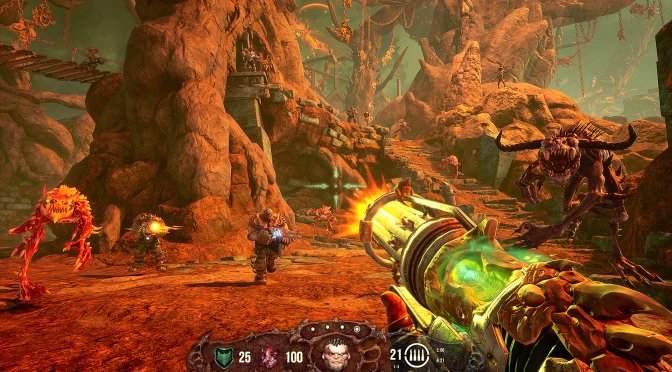 Saibot Studios and Nimble Giant have announced that their 90s first-person shooter, Hellbound, will release on August 4th. In order to celebrate this announcement, the teams have also released a new trailer that you can find below.

Hellbound will transport the player to Hell; a once sacred place that is now home to unspeakable evils, where carnage of their own design awaits them.

“Hellbound: Survival Mode has been available on Steam for two years, and the response from old school shooter fans has been incredible! We’ve learned a lot since the demo’s release, and have fueled that into the creation of a full-fledged campaign that will test players’ mettle as they carve their way through demons as fast as they can! Speed is the name of the game in Hellbound.”

“This is a milestone for everyone at Nimble Giant as Hellbound is the first project where we are acting as a publisher. Partnering up with Saibot Studios was a great fit as both companies share a passion for the genre, a true commitment to quality and the ambition to deliver great games made in LatAm.”