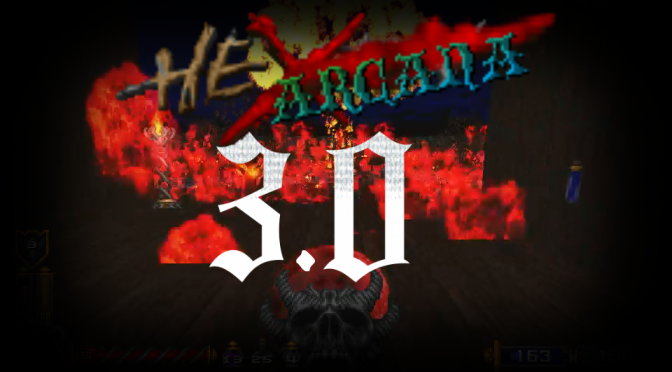 A number of mods came out this week that passed under our radar so I’ve decided to collect and share most of them in one big article. I plan to keep posting these “mods report” articles each and every week. After all, it will introduce you to some mods we wouldn’t be sharing otherwise. So, let’s get started.

The first mod is HexArcana. HexArcana is a fantasy player class overhaul for Doom, Hexen, and Heretic, and its modder released a brand new version of it. HexArcana 3.0 brings better visuals, a vastly overhauled Mage class, Heretic support, and fixes the skill selection screen on various resolutions. You can download it from here (kudos to durka durka for bringing this to our attention).

The second mod is Rainbow Six: Black Ops 2.0. Created by Menrva, Black Ops 2.0 aims to offer the ultimate Rainbow Six experience from the Rogue Spear era. This mod features the original Rainbow Six titles, including an exclusive Korean-only game, in the latest Black Thorn v2.61 Engine. It’s really cool, so be sure to check it out. Kudos to Stephanie Bogard for bringing this to our attention.

The third mod is a brand new version of the GTA San Andreas AI Remaster Texture Pack. We’ve reported on this mod last month, and I don’t believe there is a reason to dedicate a separate article for it. Still, and since this new version aims to fix some issues, you may want to give it a go.

Have fun everyone and feel free to share more mods. I’ll be sure to collect and share them next week in the next “Weekly Mods Report” article!