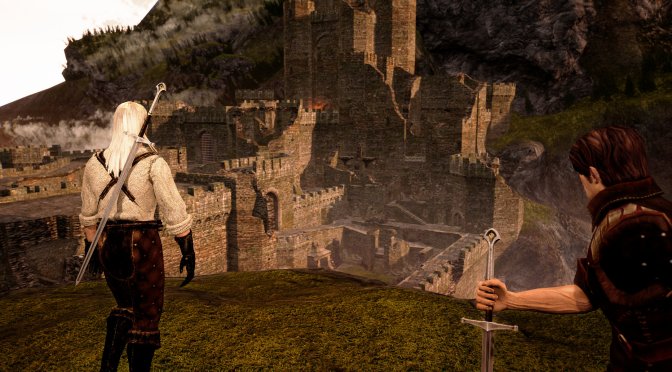 Modder “Patryk Loan” has released a pretty cool early version of his VR Mod for the first The Witcher game. According to the modder, the game’s Prologue Mode is now fully playable in VR.

Going into more details, this is the second version of this VR Mod for The Witcher game. For this version, the modder has remade the gameplay core code from scratch. Moreover, Loan has added a VR Player System and a VR Interaction System. Naturally, the game also has a Battle System, Tutorials and Cutscenes. Additionally, VR players can expect to find Easter Eggs, new Shaders, new Color Correction effects, as well as a bunch of music and 200+ sounds from the original game.

Owners of VR headsets may also be interested in the following VR mods for other games. Let’s start with the RE Engine VR Mod. This project brings VR support to Resident Evil 7, Resident Evil Village, RE2R, RE3R, Devil May Cry 5 & Monster Hunter Rise. TES3MP is another cool project that allows you to experience The Elder Scrolls III: Morrowind online with VR support. Horizon Zero Dawn also got an unofficial VR Mod. Then there is Attack On Titan VR, a free AoT game in Unreal Engine 4 that you can download. You can also find videos for VR Mods for Star Wars Jedi Knight 2: Jedi Outcast, Half-Life 2 and Elden Ring.