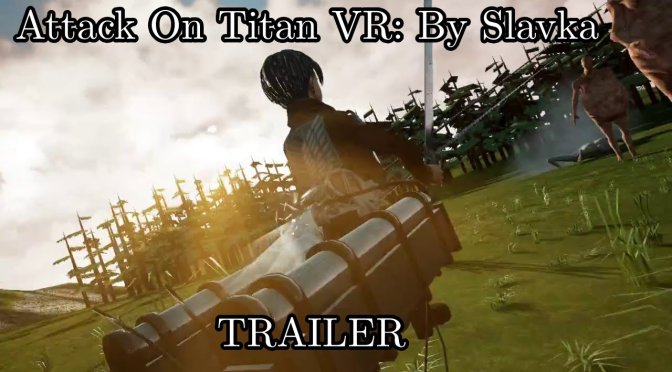 Indie developer Slavkaskola has been working on an amazing Attack on Titan VR free game using Unreal Engine 4. This free game has been in development for a while, and a brand new version of it came out recently.

The latest build of Attack on Titan VR features the Main Menu, a Tutorial and a Spectator Camera. Moreover, it has voices for the main characters, as well as various locations from the anime/manga. Naturally, it also has Titans that players can fight.

Now while its graphics are not that great, its actual gameplay VR mechanics are exceptional. The player movement and (three-dimensional maneuvering) is great, and that’s the biggest selling point of this free game.

All in all, this free AoT game looks super cool, and we highly recommend downloading it from here.