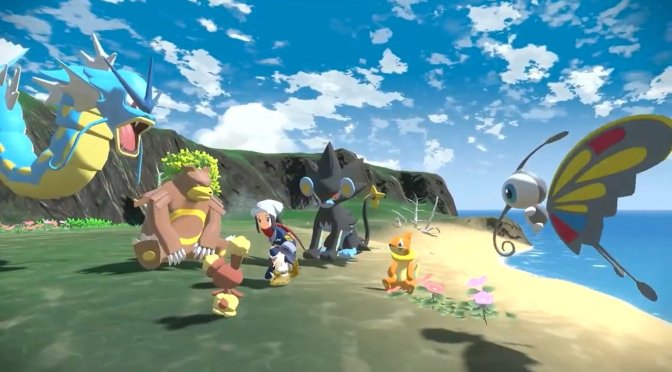 Modder ‘Shadowjhakx982’ has released an alpha version of the Pokemon Unlimited mod for Pokemon Legends: Arceus. Pokemon Unlimited is a fully open-world Pokemon game that features all regions, all pokemon and all forms.

As said, Pokemon Unlimited features all regions (including ones like Orre and the Orange Islands). Moreover, it packs all pokemon, megas, gigantamax, dynamax, regional and primal forms. Players will also find Shadow Pokemon, Custom mega and primal Pokemon.

Its final version will have random encounters along with new types such as cyber, light and shadow types. Additionally, it will have huge underground areas like the underground in bdsp and dppt for every region that’s not based on an island. Furthermore, they will add a separate party screen for up to 6 eggs.

Interestingly, the modder also plans to add a few features from Pokemon Go. For instance, it will allow Ditto to transform into other Pokemon in the overworld.

This mod sounds really ambitious, and you can download its first alpha version from here. My guess is that this alpha version won’t have all the aforementioned issues.

Since Pokemon Unlimited is a mod for Pokemon Legends: Arceus, you’ll need its ROM and a Nintendo Switch emulator to play it. Thankfully, the game can already run with smooth framerates on PC. Below you can also find a video showing the game with Reshade Ray Tracing.