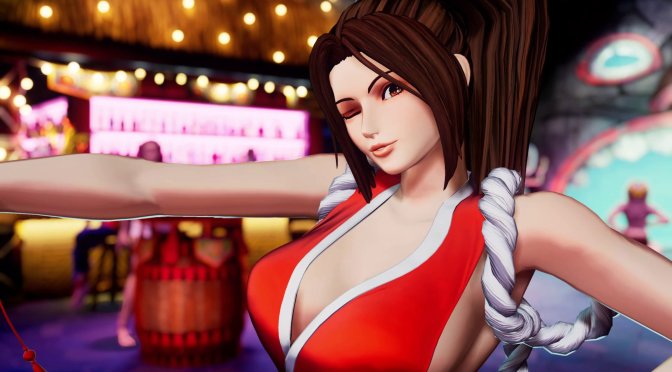 Well, we all saw that coming. The King of Fighters XV has just been released on PC and since it uses Unreal Engine 4, it’s really open to mods. As such, the first mods that came out for it are… wait for it… nude mods.

Now as always, we won’t be sharing any screenshots, videos or links for these mods. However, I’m almost certain that most of you will be able to find them. After all, I gave you all the necessary information.

Modder Larilith also released a mod for Cyberpunk 2077 that adds breast physics to pretty much all NPCs. Yeah, this isn’t related to The King of Fighters XV. However, I’ve decided to add it here (instead of posting a new story for it). You can download this Citizen Breast Mod from here.

Speaking of nude mods, you can find similar mods for other triple-A games. For instance, there is a nude mod for Final Fantasy 7 Remake. There are also nude mods for Tales of Arise, Resident Evil Village, Resident Evil 3 Remake, Shadow of the Tomb Raider and Resident Evil 2 Remake.