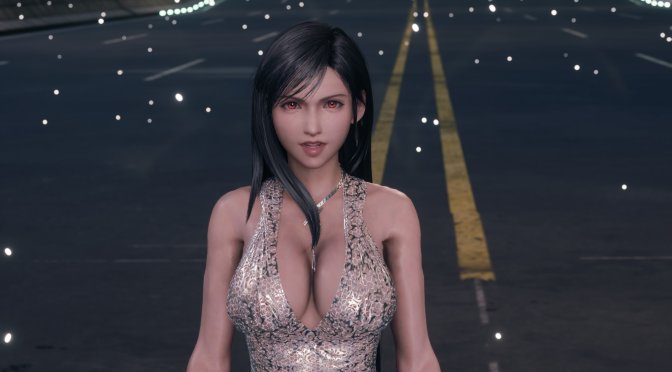 And the time has come. Modder ‘azurebr’ has released the first nude mod for Final Fantasy 7 Remake Intergrade. This mod introduces a high-polygon model for Tifa, alongside a see-through dress. However, and in order to use this mod, you’ll need Tifa’s Purple Dress outfit.

Going into more details, this mod is composed of two parts: a .pak file for new textures and a 3DMigoto mod for the mesh changes. Players will have to install both of them in their respective locations. Some skeleton weights and sections of the normal map are not perfect and will display artifacts. Thus, the modder suggests using the full outfit version. A Blender file with the meshes ready for export to the 3DMigoto format, with all the necessary mesh data, is also provided in the miscellaneous files.

In the past few weeks, we saw a few nude mods for FF7R that, unfortunately, looked awful. That was the reason why we did not share them. In short, this is the first nude mod for Final Fantasy 7 Remake that does not look like sh*t.

You can download the mod from here. Below you can also find a video that showcases this mod in action.