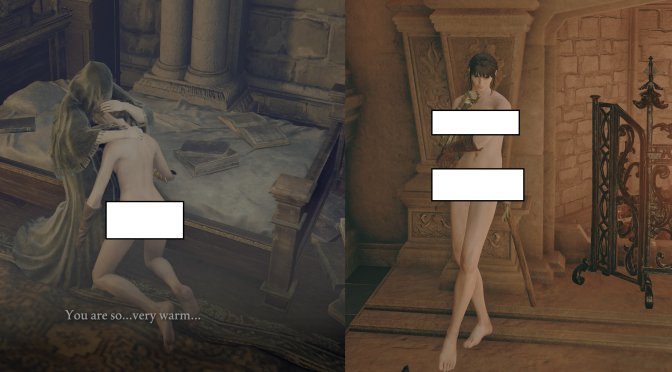 Going into more details, the first mod comes from NexusMods’ member Sakura4. You can find the mod on NexusMods. Once you download it, you can install it by replacing the files in the ‘ELDEN RING\Game\parts’ with the files in the mod_files folder.

The second mod comes from LoversLab’s member jmedia7. I don’t know whether these mods are identical. However, and from screenshots, this nude mod looks better than the previous one. As such, I suggest downloading this one (you can google it).

As always, we won’t allow direct links to these mods. Still, we’ve provided you with enough information so that you can get them. And make sure to run the game in offline mode otherwise you may get banned for using them!