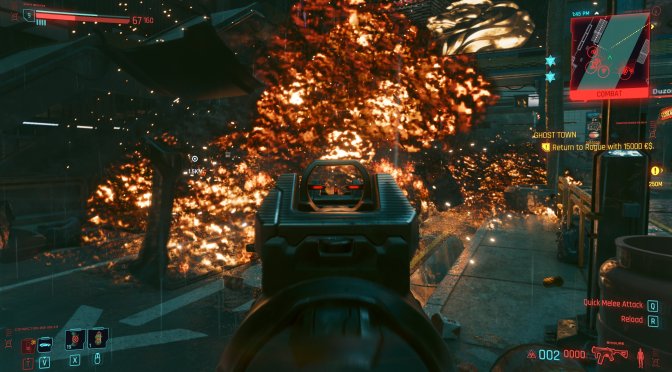 Going into more details, AK47OG has used GIMP/Photoshop in order to enhance the game’s explosion and fire textures. The end result is amazing, and makes all explosions feel more violent. It’s really ironic how such a simple edit can greatly improve the visuals of these effects. You can download the mod from here. At the end of the article, you can also find some screenshots from it.

The second mod enables the player to use weapons while driving. Additionally, it overhauls the police system to create frequent vehicle chases and combat. You can download the mod from here, and below you can find a video that showcases it.

Vehicle Combat has come to Cyberpunk 2077!

Speaking of Cyberpunk 2077 mods, we also suggest checking it out the following mods. The Rebalance Megamod attempts to overhaul numerous aspects of the game, such as the AI, armors, perks, melee, player stats, weapons and more. Do note though that it may not be compatible with the Vehicle Combat Mod. There is also an enhanced Photo Mode Unlocker that you can download. And let’s not forget the amazing Metro System Mod. 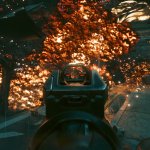 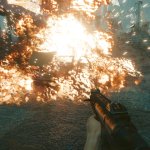 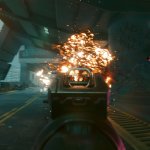 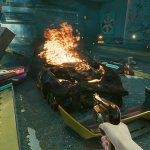 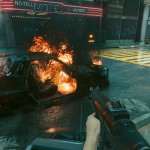