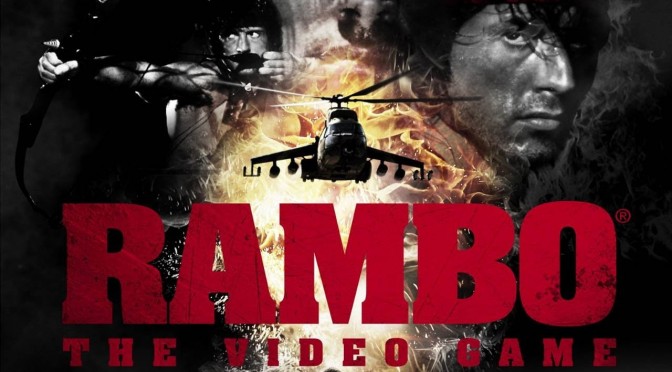 By now, most of you should be aware of the new Rambo title. Rambo: The Video Game has just been released, it’s an on-rails shooter (something that we’ve known for months mind you), and is – surprisingly enough – a lot of fun.

Yes yes, you read that right. Rambo: The Video Game is a highly enjoyable title, especially if you are a fan of light-gun games. And to be honest, I really miss those arcade ‘Time Crisis’ and ‘House of the Dead’ days. Perhaps it’s just me, but I had a lot of fun with this new Rambo game (although I’d expect to see it priced at around $15 and not at $40).

Truth be told, I was hoping for a more extensive destruction system given the game’s nature, but still. Rambo: The Video Game is exactly what gamers can expect from a light-gun title, so take it for what it is and not for what you were hoping it to be.

My biggest gripe with Rambo was its visuals. The game is a blurry mess and Rambo himself is… well… he’s definitely not Stallone. Thankfully, by using SweetFX, we can somehow improve the game’s visuals and make it look appealing. We’ll have a comparison article in the coming days, so stay tuned.

For what is worth, I had more fun playing Rambo: The Video Game than Strider. Yes, they are completely different titles but if you like – and miss – light-gun games, you really need to check this out. It’s mind-less fun. It’s a new Time Crisis game (and let me remind you that Time Crisis did not feature extra-ordinary AI or amazing voice acting. It was cheesy, just the way light-gun games are meant to be).

Rambo: The Video Game also comes with some additional features that can be found in other games. There is an upgrade system to further spark interest, and the game borrows Gears of War’s reload mechanics. Moreover, there are some QTEs sequences that look dull and should had been avoided. These scenes were obviously added to give the game a more cinematic feel, but they are simply not good enough.

All in all, Rambo: The Video Game is a great and fun on-rails shooter. It may not be THE game, but it is fun. Start playing it and you will find yourselves hook to it. Oh, and there are no mouse acceleration side-effects, meaning that you will be able to deliver – with ease – lots of headshots. The default control scheme works great too. And did I mention that it is a fun game?

As I already said, Rambo: The Video Game does not justify its $40 price tag on Steam but hopefully Reef Entertainment will lower it soon to something more acceptable.