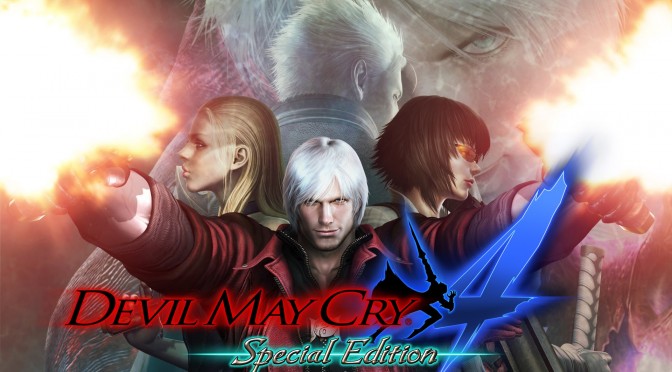 Devil May Cry 4 was originally released in 2008. Powered by Capcom’s MT Framework Engine, Devil May Cry 4 ran exceptionally well on the PC platform, and was one of the few games that was used to showcase NVIDIA’s 3D Vision. And here we are today, almost seven years after its release, with a new Special Edition.

First things first. This is a Special Edition and not a remaster or a remake. As such, Devil May Cry 4 Special Edition looks a bit better than its original version. Capcom has added some new effects (like Haze, Motion Blur, Depth of Field, Light Shafts and Bloom. And while the game looks blurrier than its original version, you can disable the annoying Motion Blur effect via a HEX Editor.

What really surprised us with this Special Edition of Devil May Cry 4 was its performance. Devil May Cry 4 looked amazing and ran incredibly well on a lot of PC configurations. And while this new version looks almost the same, it runs – with almost 100fps –  worse than that.

In order to have an ‘apples to apples’ comparison, we disabled SLI and run the original version of Devil May Cry 4 in Single-GPU mode (as NVIDIA has not included any SLI profile for the Special Edition).

As we can see below, Devil May Cry 4 ran ridiculously fast on an NVIDIA GTX680. However, and while our framerate was always above 100fps, the Special Edition ran way worse than it. This really puzzled us as these new graphical effects are not THAT demanding to cause such a performance hit. Moreover, we believe that NVIDIA needs to further optimize its drivers for this game as our GPU usage was around 85% and never reached 98% (we were not CPU limited).

This obviously means that those with weaker systems – that could barely run the original version of Devil May Cry 4 at 60fps – will encounter performance issues with this new Special Edition. So those owning cards equivalent to NVIDIA’s GTX680 will enjoy a really smooth experience. Those with slightly weaker cards will also be able to achieve a constant 60fps experience.

The Special Edition of Devil May Cry 4 plays exactly the same as the original version, and Capcom has not further optimized its PC version. There are no proper keyboard indicators and the mouse is not supported (at least in-game). If you don’t own a gamepad, then we strongly suggest avoiding this title as it can be easily described as ‘unplayable with the keyboard.’

The game is priced at 24,99€ while its original version is priced at 19,99€. In other words, for 5 euros you get slightly better visuals, worse performance (that may get a boost with a new driver), three new characters and a new difficulty mode.

If you’ve never played the original version of Devil May Cry 4 and own a gamepad, we strongly suggest giving this a go. On the other hand, if you’ve already beaten the game, there is nothing new for you here to justify re-purchasing it.