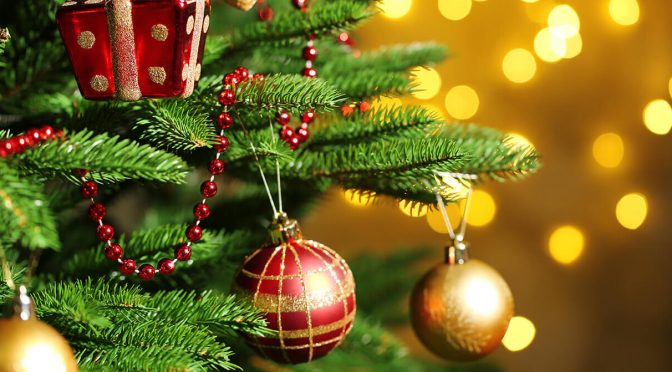 It’s Christmas eve so we thought it would be really cool to share with you, our readers, our most favourite Christmas gaming moments. Still, and as you may have noticed, we are not going anywhere and we’ll be here sharing interesting stories the entire holiday season (and no, we won’t have dedicated stories for Best Action, Best RPG, etc). So, from the entire DSOGaming team, Merry Christmas everyone.

“Hi everyone, I wish you all the best holidays! Merry Christmas (if you celebrate). Happy New Year (if you recognize years, ha!). Thank you all for letting me be a part of your online life this year! Hopefully my writings and reviews have inspired good video game thoughts for us all. As far as a holiday video game memory goes, I was 11 and got the newly released SNES JRPG Breath of Fire II for Christmas. I was blown away by the heart and depth of that game! I still have the cartridge, box, and manual in near-perfect condition. We’ve come a long way, but the epic journey still continues! See you in 2019!”

“Ahh, Christmas. The time of year when people feel the need to stuff one form of poultry into another one, and then another, only to feed this culinary violation of nature to relatives they avoid 360 days of the year.

It gets even weirder here in South Africa. As I am writing this, it is 40 degrees Celsius outside. The gardener also told me ten minutes ago that he saw the tail of a Cape Cobra disappearing between the shrubbery, so now the all of the dogs have to stay indoors. Hey, it’s home!

Ironically, for me, Christmas has never been about gaming. It is the ONLY time of the year when I switch everything off, and just luxuriate in the presence of my loved ones. Come to think of it, I have never even received a game for Christmas. Once my New Years Eve hangover dissipates, I blow the dust off my monitor and begin my gaming anew.

But that’s just me. I hope you have been good boys and girls so that Santa can put that crisp, new DVD box you have been looking forward to under the tree! I wish all our readers a happy holidays and festive season. Thank you so much to you loyal folks who click on this awesome website day after day. It is an honour to be writing for you, and we love doing it!”

I don’t have any specific memories gaming Xmas memories that come to mind, but I’ve always been gaming over Xmas and into each new year for as long as I can remember, across so many different platforms. My Atari 2600, Creativision, MSX, ZX Spectrum, Sega Megadrive, Playstation 1, and then to my very first PC.

Games have changed so drastically over the years. Back in the days of my ZX Spectrum games loaded off tapes, and could take upwards of 20 min to load, so it was conceivable to start loading a game in 1985 and only get to play it in 1986 🙂

However, whether I was playing Asteroids on my Atari 2600 with a 1 button joystick or Prey on my PC with a 17 button mouse, one thing remains the same; games have managed to capture my imagination and immerse me in unknown worlds, give me a medium through which I could share experience with my friends and family and offer me countless hours of entertainment, and I look forward to what will come next and wonder what I’ll be playing this time next year.

It’s been a pleasure to be able to share my opinions of games with you all through my reviews, and also have the opportunity to be part of the great team here at DSOG.

I wish you all have a wonderful Xmas and a happy New Year!” 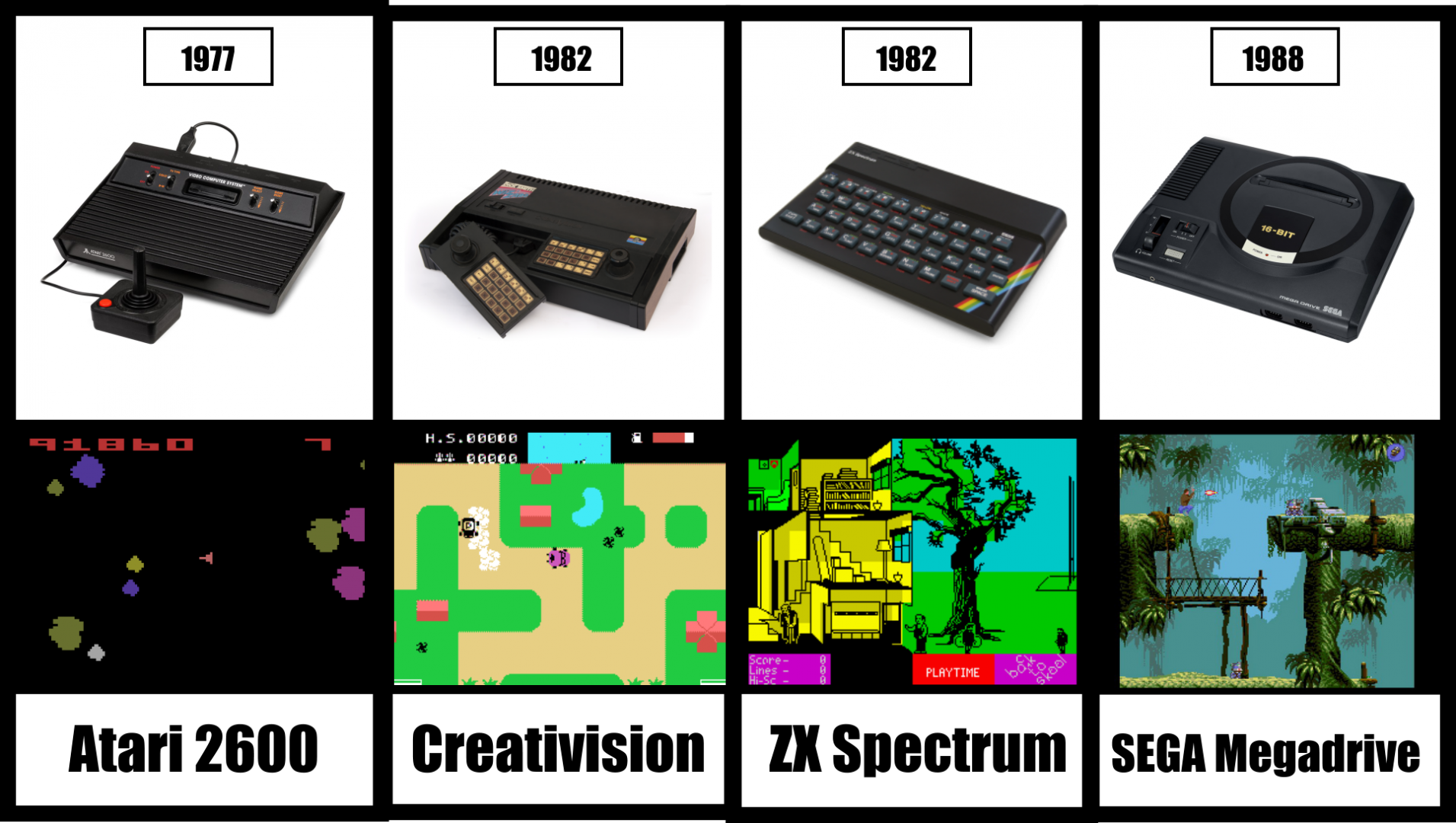 “Oh yes, Christmas…honestly I don’t really really like Christmas, but I do love seeing my whole family in one place (please don’t bomb us 😛 ) and I do like gifts. My full name is Christos (from Christ) so Christmas is also my name day but I always get one present, I blame my parents for naming me Chris, my grandfather who was named Chris, and his father for choosing to name his son Chris. 😛 I am kidding of course since I have no parents, I was spawned. 😛

I will never forget the Christmas day of 1990, when my father came up early in the morning and woke me up, made me breakfast and then gave me my present. I thanked him and quickly ripped apart the wrapping. I opened it and it was like white light coming out of the box, just like when Kabamaru (from the Manga TV series) opened the packed launch box for the first time. It was a glorious Gameboy and that was probably my first time I almost passed out. It came with Super Mario Bros and Tetris and… man… the amount of batteries I used on that thing made my general store owner rich.

I really wish each and every one of you to have a great Christmas and a Happy New Year. May all your wishes come true. All the best guys, take care and have fun!”

“My dear readers, this year is an important one because MANY great titles which came out in 1998 are now celebrating their 20th anniversary. 2018 was the year to re-live some of the old titles (Half-Life, Metal Gear Solid, Crash Bandicoot 3, Ocarina of Time, etc.) while, in real life, many changes arrived. The memory I want to share is the time I bought Grim Fandango with the money I received for Christmas; a game that showed me videogames can have a deep story and great voice acting (I am talking about the Italian version, of course, which was incredibly well voiced!). The sad part was that I had to buy a controller which could be plugged into my PC through a serial port on the sound card, because I had no USB ports yet, unfortunately.

Day by day, I played Grim Fandango to finish it, but I was never able to. The game could be loaded directly from the CD, there were no patches, my CD reader was super slow, and the disc even got some scratches. So, Grim Fandango stayed with me and every single day I kept wondering when I could finish it. This finally happened in 2005 thanks to unofficial patches and a more modern PC. And the wait was worthy.

Morale: a great game, even buggy, remains a great game in any case. Replay Grim Fandango and many other games which, even if old, are still great. And hey; they can be even better when they are remastered. Play good games with family and friends this Christmas.

“My top gaming Christmas memory? I received a few gaming systems for Christmas over the years. Game Boy Color, Game Boy Advance, Sega Dreamcast (with my brother), Xbox (with the famed Jet Set Radio/SEGA GT dual pack), etc. but the most memorable is probably the Wii for me. Reason being I waited 8 hours in line for that thing in near freezing temperatures when I was 15 years old, I was even interviewed by a local news crew during the wait. I made a deal with my mother so I could have the Wii; I had to wait to open it until Christmas day. I did and I grabbed Legend of Zelda: Twilight Princess with it, which I proceeded to sink my life into post-December 25th until I beat it — and it was excellent sans that tutorial. The Wii had some exciting releases, the ones that stand out to me the most in retrospect though are Legend of Zelda at launch, Super Mario Galaxy, Galaxy 2 and Brawl. I also spent a lot of time in the 1up.com community around this time talking to other fans, some of whom I met on that site and still keep in touch with to this very day — I tried to talk one of them into being my roommate a year ago in fact.

Not much has changed, this Christmas I got my hands on a Switch (this time courtesy my lady) and I’m enjoying Mario Odyssey and Smash Ultimate — after Mario I’ll probably get onto Breath of the Wild and I’m looking forward to doing so. PC wise I’ve been boring guys, a lot of Dota 2 and some South Park Stick of Truth (what year is it?).

Anyways, sorry I’m not writing pieces as of late. I keep trying to get back around to it but what with the day job plus I just bought a house this year and my Girlfriend just moved in…. Time’s been a limited resource, John asked me to write this and I thought it best I do so to check back in. I am still around the DSOG community. Lately I’ve been in charge of moderating our Discord which has become quite popular. We’re now nearing 200 users there, you should come join us some time! Have yourself a Merry Christmas!”

“As I’ve said numerous times, back when I was a kid I was a die-hard console fanboy. So when I was a kid, I always dreamed of playing Mortal Kombat 2. Back then (I was seven? I don’t really remember) I only had a SEGA Game Gear and I didn’t even know what the game was called (all I knew was “that fighting game with the blood effects”). You have to understand that back then we didn’t have the Internet so it was really difficult, especially for small kids, to keep up with all the video-game releases. But anyway, when I found out that the game was called Mortal Kombat, I kept asking my parents to buy it. One Christmas day, that wish came true. However, it looked nothing like the game I was playing at the arcades. Obviously, I knew that the Game Gear was not powerful enough, but it wasn’t what I had dreamed of. Still, at least I was able to finally play my favourite game on my console so I was really happy. I kept playing it, with my Game Gear plugged to a power adapter, next to our Christmas tree and it was magical.

Then, I bought a SNES and although I was wow-ed by Donkey Kong Country and Jurassic Park (HUGE Jurassic Park fan here), I kept playing Mortal Kombat 2 and 3. Still, though, they were not as good as the arcades. And… well… my initial dream finally came true when I got my first PC. The first thing I did was to grab a special Windows 95 compilation of Mortal Kombat 1&2. These PC versions of Mortal Kombat were perfect arcade ports, with all the blood, the speed, the music and the violence uncensored. And it was glorious; I was finally playing my favourite games in their full glory. I kept playing these two games over and over and over. I still remember a lot of fatalities (Baraka’s for example is back-forward-down-forward-low punch and Sub-Zero’s exploding uppercut is forward-forward-down-high kick to freeze the enemy and then forward-down-forward-forward-high punch). It was a really magical moment and I wish you all to make your gaming dreams come true… even if it takes ages to accomplish them. Merry Christmas everyone and happy holidays!”