I really wanted my first editorial article – for 2012 – to be about the things that have happened these past months in DSOGaming and its overall progress, but that will have to wait. As you may have heard, members of the House Committee will be discussing PIPA/SOPA in Washington, D.C. Although DSOGaming is not based in USA, we will join the fight against SOPA and will black-out in protest of legislation that would allow DNS and Search Engine Blocking. Hey, we know that we are a relatively small website, but when you do support something, you simply have to show it, right? We strongly suggest every major gaming site to join the fight. This is something that will affect all of us. Why you ask? Wait until you can’t reach our site at all because you won’t have the power to decide what websites you can and cannot reach. Yeah, SOPA is THAT bad.

Those who’ll try to visit DSOGaming in January 18th, will encounter the following image: 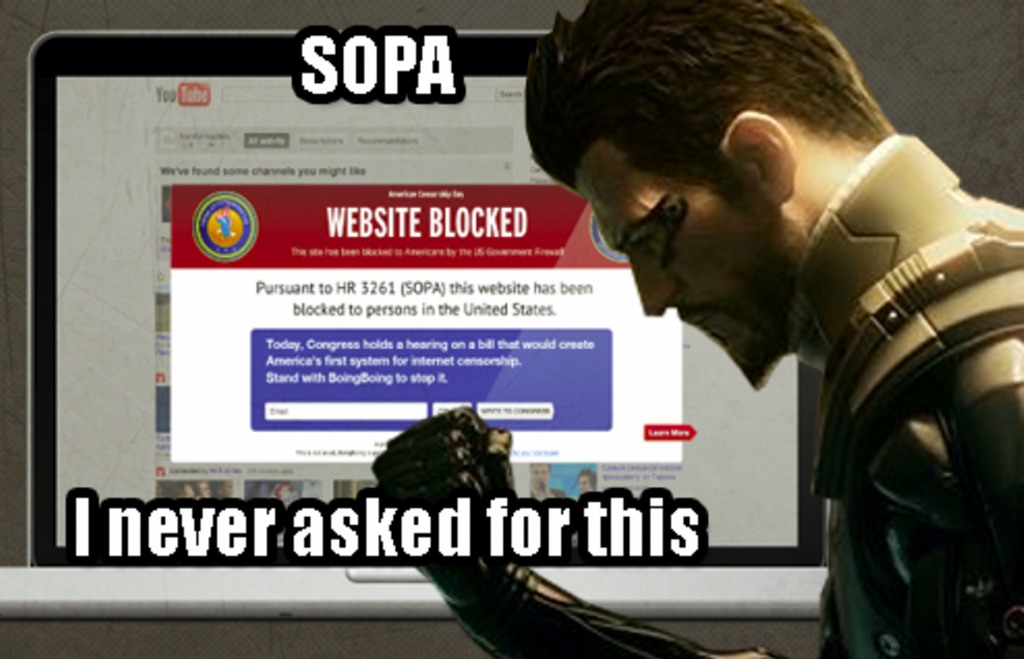