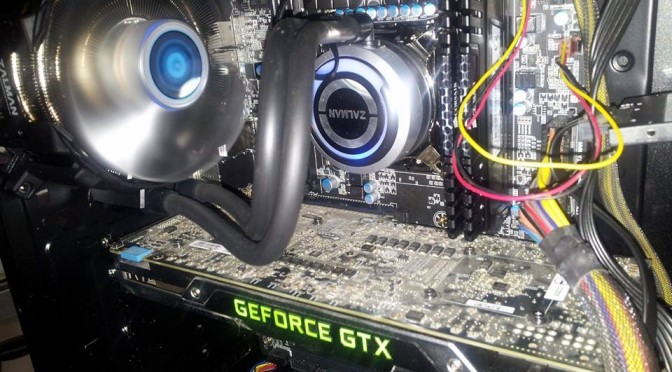 We know that you wanted a new test system for our PC Performance Analyses. Blasphemy, how could we write about PC games and how they perform when we are using a mere Q9650? Truth be told, an overclocked Q9650 is still a good choice and will not bottleneck even a GTX690, provided the games are properly optimized for the PC platform. But… well… it was time to upgrade our test system in order to find out how games perform on high-end CPUs.

Below you will find our first comparison with our previous test system. Our new system is packed with 8GB of DDR3, Intel’s i7 4930K, Nvidia’s GTX690 and Gigabyte’s X79-UD3 and Zalman’s Reserator 3 Max cooling solution. In addition, we’ll be using Windows 8.1 for our future Performance Analysis articles.

As we can see, Intel’s hexa-core processor benefits our GPU. The performance difference in Battlefield 4 and Tomb Raider is huge. We are talking about almost an 100% increase in performance. Not only that, but in both of these games we were GPU limited with this new CPU processor. Lost Planet 2 also saw a big boost, though the SLI scaling was not as ideal as in the two aforementioned titles.

Do note that these results are with hyperthreading enabled. When we disabled it, we saw minor increases in Resident Evil 5 and Resident Evil 6, suggesting that this old powering Capcom’s titles is incapable of taking advantage of it. Lost Planet 2, on the other hand, saw a performance decrease, meaning that this particular title benefits from hyperthreading.

All in all, there are still not enough games to justify purchasing this powerful CPU. We’re certain that there will be games – in the near future – that will demand more CPU power, however even games like Sleeping Dogs ran amazingly great on our older system (we saw a 30fps boost in Sleeping Dogs with the i7 4930K). Unfortunately we could not test Assassin’s Creed IV, THIEF or ARMA 3. We may dedicate another article for these CPU-bound games, so stay tuned for more.

Until then, enjoy a great weekend!