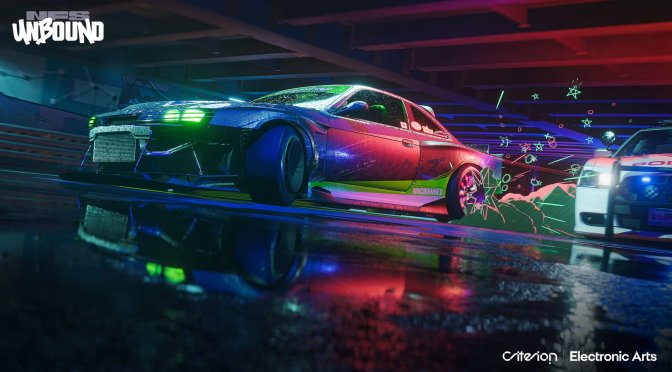 Electronic Arts has just released Need for Speed Unbound on PC. Powered by the Frostbite Engine, the game supports NVIDIA’s DLSS 3 tech. As such, we’ve decided to benchmark this tech first and share our impressions of it.

Need for Speed Unbound does not feature any built-in benchmark tool. As such, we’ve decided to drive inside the game’s main city (which in theory should be the most demanding area).

Without DLSS 3, Need for Speed: Unbound ran with a minimum of 87fps and an average of 104fps at native 4K on Max Settings. Thankfully, the game does not have any stutters as it pre-compiles the shaders before launching. 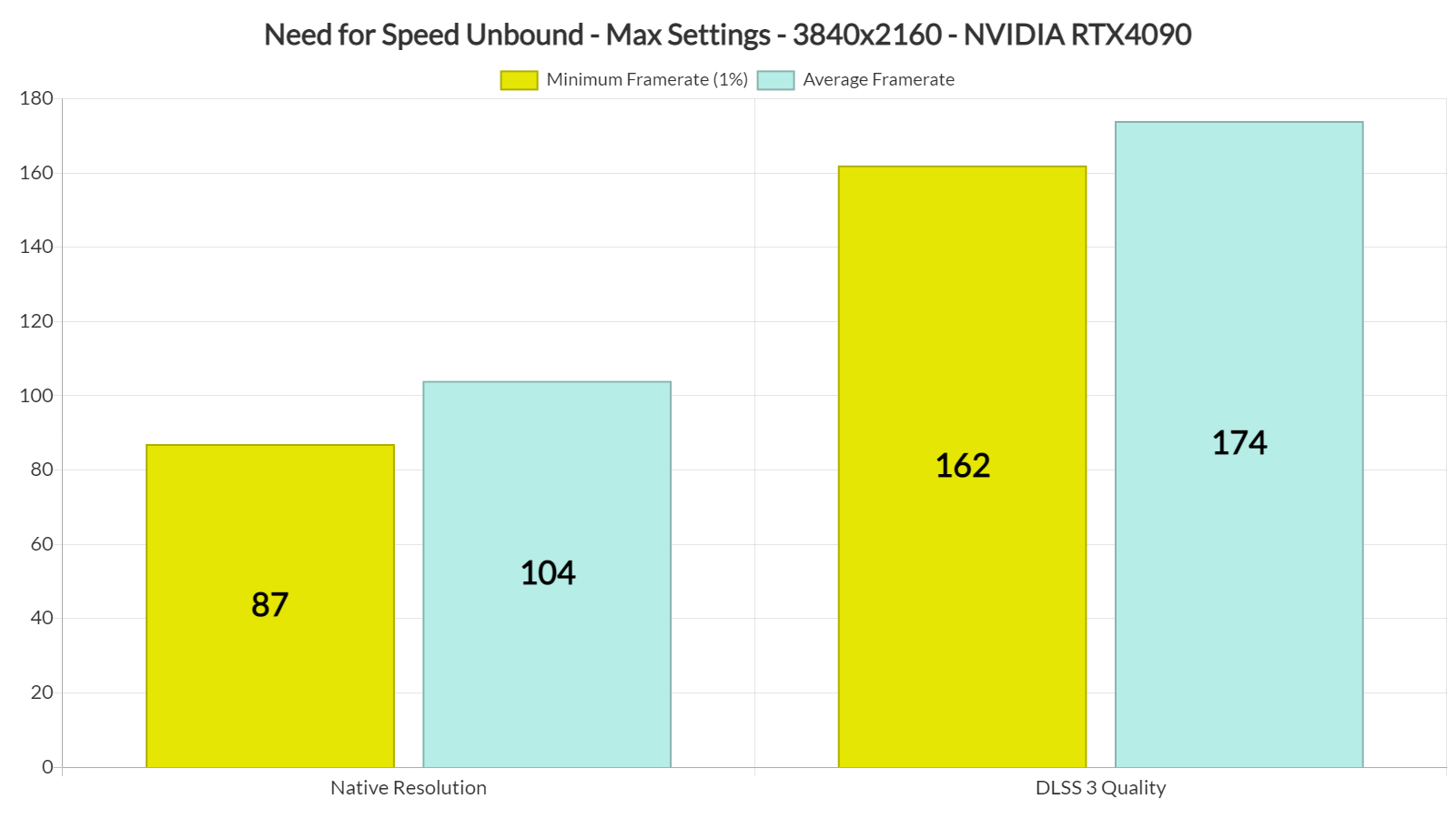 By enabling DLSS 3 Quality, we’re able to almost double our gaming performance. DLSS 3 Quality increases our minimum and average framerates to 162fps and 174fps, respectively. Not only that, but the RTX4090 is used at 98% with DLSS 3, meaning that is being pushed to its limits. So no, in 4K a faster CPU will not provide a faster gaming experience (when using DLSS 3).

Since Need for Speed Unbound is an arcade racing game, I wasn’t really bothered by the additional input latency. As I’ve said, the extra latency of DLSS 3 was immediately noticeable in other racing games, like WRC Generations and F1 22. Here though, the game is enjoyable and most of you won’t even notice the extra lag. Thus, I highly recommend enabling DLSS 3, especially if you have an older CPU.

Our PC Performance Analysis will go live this weekend, so stay tuned for more. Until then, enjoy the following video in which we run the game on the RTX 4090 at native 4K/Max Settings.