Focus Home and New World Interactive have just released their multiplayer realistic shooter, Insurgency: Sandstorm. Insurgency: Sandstorm is described as a team-based, tactical FPS based on lethal close quarters combat and objective-oriented multiplayer gameplay. And while the actual game is cool, especially since there aren’t any realistic tactical shooters left, it still suffers from some performance/optimization issues.

Insurgency: Sandstorm is using the Unreal Engine 4 and like all the latest UE4-powered games, it does not allow fullscreen 4K resolutions on displays with a lower native resolutions. This is a bug/issue that has affected all the latest UE4 games on both NVIDIA’s and AMD’s hardware, and the only solution to this is to set your desktop at a higher resolution and run the game in Borderless fullscreen.

As we can see from the accompanied screenshots, we were not CPU limited in any of the scenes which could mean that we were limited by our memory frequency, most likely due to an increased number of drawcalls that the graphics API can’t properly handle (Insurgency: Sandstorm uses DX11 and we’ve seen a similar situation in other games that do not use DX12 or Vulkan).

As said, these drops below 60fps are rare but there are still there and for a competitive realistic tactical game like Insurgency: Sandstorm, a stable framerate is essential. So here is hoping that New World Interactive will address these performance issues as the game appears to be really cool, especially if you are fans of realistic and tactical shooters! 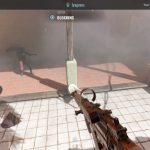 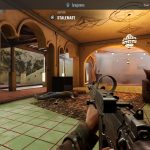 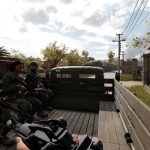 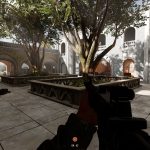 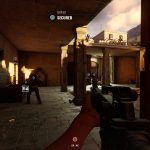