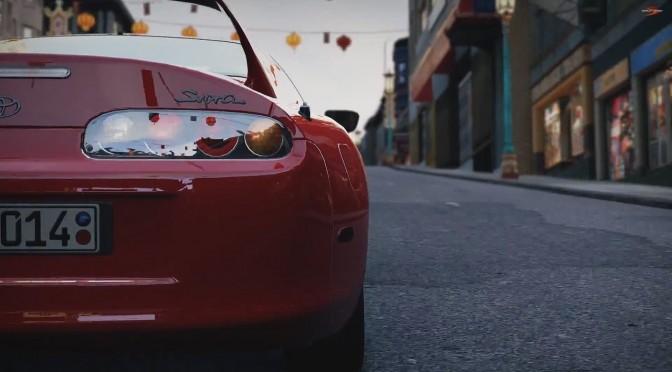 My.com and Slightly Mad Studios have released a new trailer for their free racer, World of Speed, dedicated to the Toyota Supra Mk4. With the Toyota 2JZ-GTE I6 engine producing 320 HP under the hood you’ll be able to push this car up to 100 KM/H in 5.1 seconds and hit a top speed of 250 KM/H – and that’s before you even start customizing it. Enjoy!