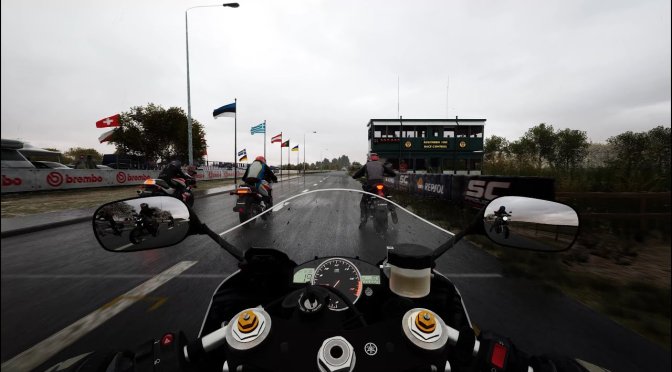 One month ago, a video surfaced for a motorcycle game, claiming to be the most realistic game for PS5. That video was from RIDE 4, a game that had already been released on the PC a year ago. And today, Digital Dreams shared a video, showcasing this game running in 8K with Reshade Ray Tracing.

Now the reason I did not share the previous video was because it was as clickbaity as it could get. For starters, the YouTuber used a replay camera that’s not available while actually playing the game. That cinematic camera gave the illusion of a much better-looking game. Not only that, but you could easily notice the “game-y” graphics of the game in that video. For instance, most houses were blocky and the screen-space reflections on the road were obvious. Still, this didn’t stop channels and websites from overhyping the PS5 for offering such “mind-blowing” visuals. Again, this game was already available on PC, so yeah.

But anyway, Digital Dreams used Reshade Ray Tracing in order to slightly improve the game’s graphics. And while the game looks quite good visually, it’s nowhere close to what you’d expect from a “photorealistic” game. Also, and to their credit, Digital Dreams used a gameplay camera angle.

RIDE 4 came out on PC on October 8th, 2020. The game uses original CAD and 3D scans of real models in order to provide better visuals than its predecessors. Additionally, it features dynamic lighting and weather conditions.