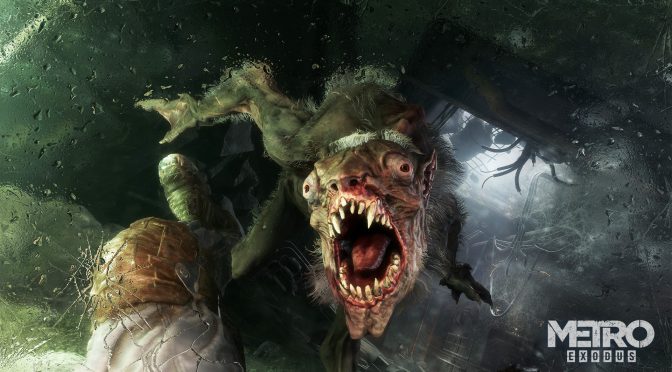 Metro Exodus has just been released and a lot of gamers have been wondering whether the game has been downgraded from its E3 2017 reveal trailer. And while we haven’t reached the outdoor level that was showcased in the E3 2017 reveal trailer, we’ve decided to share below two videos that compare the final version of the game with its E3 2017 build.

The second video is unfortunately in Russian so I don’t know what the YouTuber is actually saying. Again, this comparison is between the console version of Metro Exodus and the E3 2017 trailer. However, there is a significant difference between the time of day that was used in this comparison, thus making this comparison a bit unreliable. Still, this video shows some level design changes and we can all agree that some scripted events (like the annoying head bobbing and the scripted sliding mechanic) are absent from the game though I’m not sure whether someone would call the absence of these scripted events a downgrade-ation.

As said, there are some level differences between these two versions. The E3 2017 trailer basically uses two completely different areas from the final game. The underground area is from the beginning of the game and the outdoor is from a later area. The good news here, and contrary to other games, is that these scenes are indeed featured in the game. Moreover, the bear encounter is completely different in the final version.

It would have been better if someone could compare the final PC version – with all its bells and whistles enabled – against the E3 2017 trailer, with the exact or similar Time of Day. Unfortunately, there isn’t such a comparison, however, we’ve decided to share these comparisons as you will easily notice some differences between these builds.

So what do you think? Was Metro Exodus downgraded? Are these level design/gameplay changes as significant as those for Watch_Dogs or Crackdown 3? And most importantly, was 4A Games able to deliver something that was close to what it showcased or did the team deceive its fans with that trailer?

YouTube’s ‘Nick930’ has shared a direct comparison between the PC and the E3 2017 trailer!