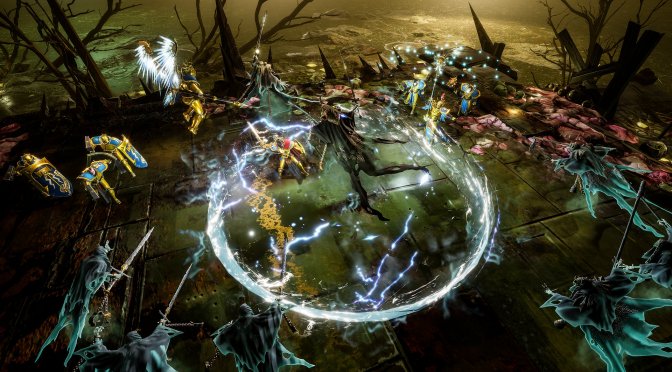 In this game, players will pick one of Storm Ground’s three factions and lead their highly-customisable force to battle. In campaign mode, players can upgrade their army by collecting new heroes, units, wargear, skills, weapons and more. New units will allow you to build your army your way. Additionally, you can choose who to field with every new battle and customize every facet of their equipment to match your playstyle.

The game also promises to feature a non-linear, replayable procedurally-generated solo-campaign. Furthermore, its Multiplayer has you gaining a collection over time as you win more and more battles against other players online.

Warhammer Age of Sigmar: Storm Ground releases on May 27th.