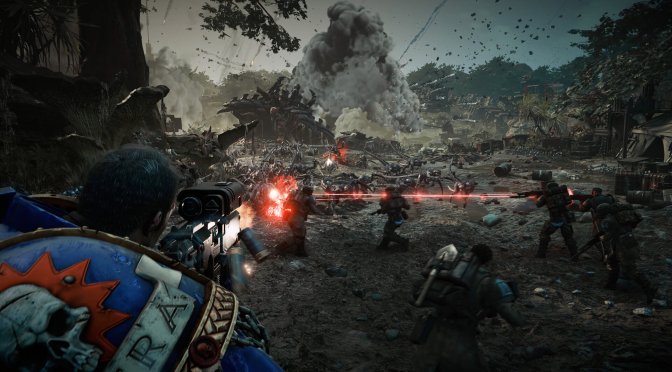 Warhammer fans, here is something special for you today. Focus Entertainment has released a brand new gameplay trailer for Warhammer 40,000: Space Marine 2.

In Warhammer 40K: Space Marine 2, players will embody the superhuman skill and brutality of a Space Marine, the greatest of the Emperor’s warriors. Players will unleash deadly abilities and an arsenal of devastating weaponry to obliterate the relentless Tyranid hordes.

Focus Entertainment plans to release this game in 2023.