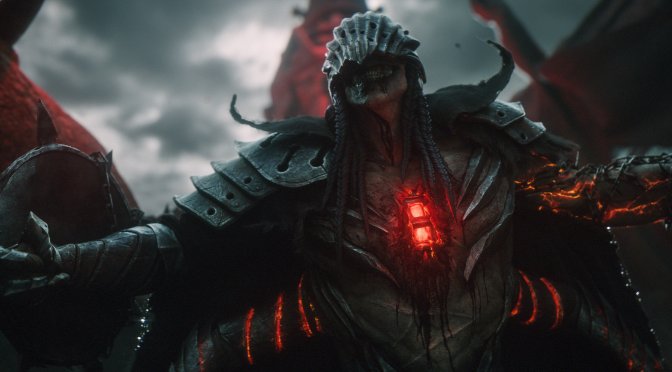 CI Games has just released the TGA 2022 gameplay trailer for The Lords of the Fallen. This trailer features some cinematics sequences, as well as some gameplay scenes. And while it does not represent the quality of the final product, it can give you an idea of what you can expect from it.

The Lords of the Fallen takes place more than a thousand years after the events of the first game. Players will embark on an all-new adventure in a vast, interconnected world, more than five times larger than the original game.

The Lords of the Fallen will have lots of NPC quests, compelling characters, and rich narrative where players will need to create their own hero before tackling the single-player campaign. Players will also have the option to invite a second player to join their adventure in an uninterrupted online co-op.

Naturally, the game will also let you fully customize your character’s appearance from a wide array of visual options. You will also be able to develop your own playstyle by upgrading stats, weapons, armour and spells before. Furthermore, the game will offer nine classes to choose from.

The Lords of the Fallen - Gameplay Teaser Trailer