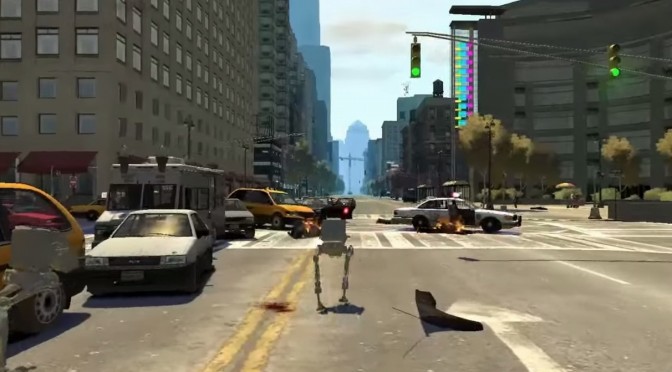 Our reader ‘Jonathan Gustafsson’ has informed us about some new mods for Grand Theft Auto IV that replace the main character with Wall-E, Star Wars’ AT ST Walker and a… walking dolphin. These mods have been created and polished by modders Quechus13, JulioNIB and Indirivacua. They look great, so go ahead and take a look at what modders have achieved!