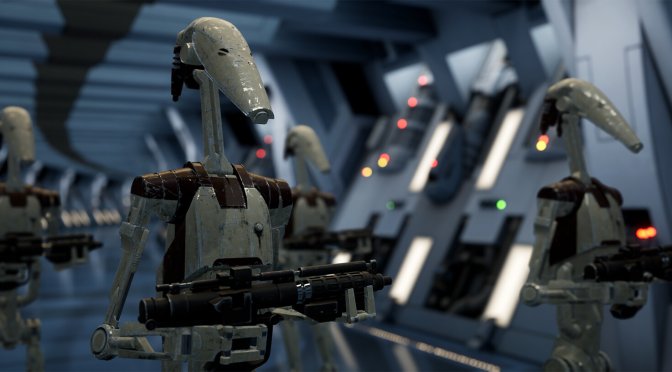 In 2018, we informed you about a fan remake of the Star Wars Episode 1 Droid Ship in Unreal Engine 4. And today, we are happy to report that this project is complete. Created by Jorge Barros, this recreation showcases what a next-gen Star Wars game, using Unreal Engine 4, could look like.

Now contrary to other projects, this is a fully playable real-time environment. Not only that, but Jorge Barros created all the assets for this fan tech demo. It’s ironic, but this fan project feels as close to an official game as it can get. It also puts to shame other studios that cannot come close to these visuals. So yeah, keep in mind that everything you’ll see was created by a single person.

Unfortunately, the artist has not released this project to the public. Jorge Barros said that he hasn’t decided yet whether he will make it available or not. Thus, there is currently no way you can experience this tech demo on your PC systems. Still, you can find below some screenshots, as well as two videos.

The first video is a cinematic trailer, showcasing the graphics of this project. From the looks of it, this demo uses real-time ray tracing (as there aren’t any screen-space reflections artifacts when characters are blocking the reflected objects).

However, the second video is the most important as it showcases almost two minutes of gameplay footage. In this video, the artist controls a Droid and explores the environment.

We don’t know what PC system the artist used in order to capture this gameplay footage. Now while the framerate is not that smooth, I think we can all agree that it looks spectacular. This is truly how I’d imagine a next-gen Star Wars Episode 1 game to look like, so kudos to the artist.

We’ll be sure to update the story with a download link once – and if – the artist releases this tech demo to the public. Until then, enjoy the following screenshots! 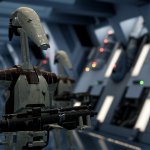 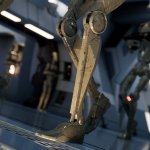 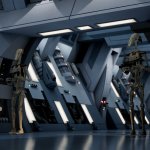 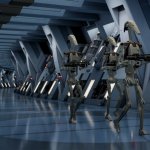 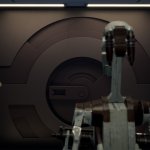 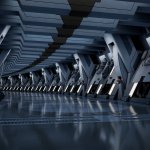 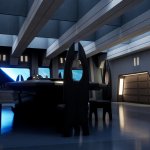