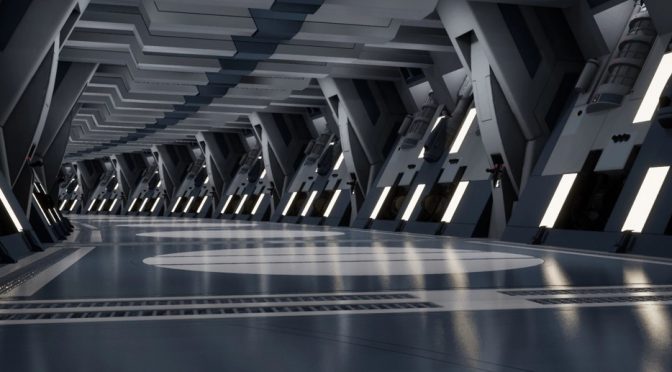 JorgeBarros has been working on a remake of the Droid Control Ship from the Star Wars Episode One movie in Unreal Engine 4. While this is still a WIP project, JorgeBarros has shared some comparison screenshots between the movie and his recreation, and the results are absolutely great.

JorgeBarros claimed that the scene lacks the final lighting and textures, meaning that it will look better than it does right now. Still, you can easily notice how faithful to the movie this fan remake actually is.

We don’t know whether JorgeBarros will release this project to the public – like the Project Lambda team did for their remake of Half Life in Unreal Engine 4 – so that everyone can explore this small but highly detailed environment.

Keep also in mind that this is created by an individual and not a whole studio so of course and there will be compromises here and there.