Nvidia has just made two major announcements regarding its Ampere GPU lineup. First off, the embargo date for the RTX 3080 reviews has been changed. Earlier we were expecting reviews of the RTX 3080 Founders Edition models this coming Monday, and Custom AIB GPU reviews were scheduled for September 17th.

But today Nvidia announced that reviews for the Founders Edition RTX 3080 GPU will in fact come just one day before the official launch and retail availability, which is September 16th.

Secondly, NVIDIA has also confirmed that the GeForce RTX 3070 GPU will be available on October 15th, which I presume would be the launch date, so we can expect some reviews before this official embargo. 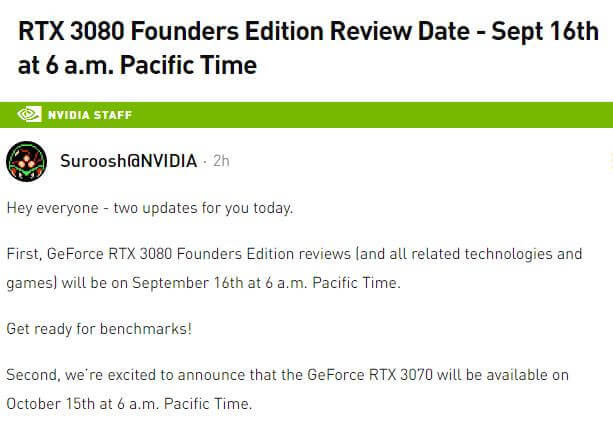 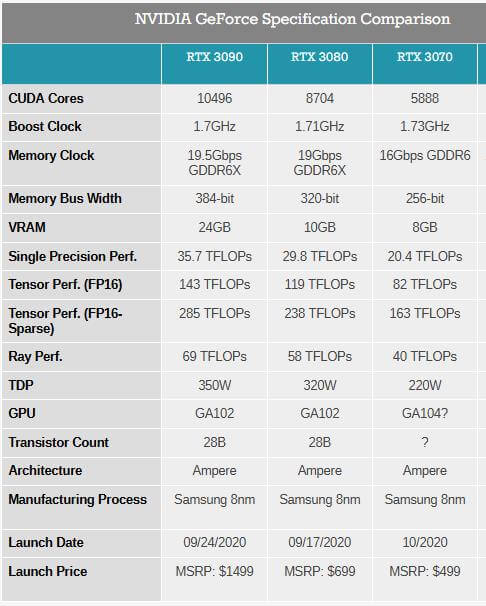