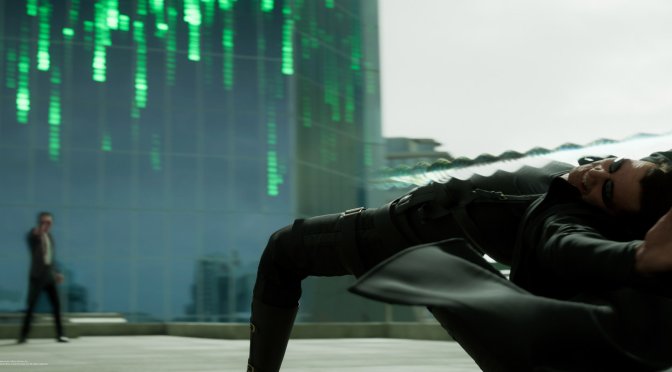 YouTube’s ‘Cycu1’ has released a comparison video between the real-time graphics of The Matrix Awakens and the original movie scenes from The Matrix. This comparison shows how close to the real thing this Unreal Engine 5 Tech Demo actually is.

As I’ve said and before, the 3D models of all main characters in this tech demo are incredible. Furthermore, the lighting system is beyond anything we’ve seen. Not only that, but Nanite does an incredible job and minimizes pop-ups. Additionally, there are some amazing physics effects thanks to the UE5 Chaos physics system.

The fact that it’s almost impossible to distinguish which images are are real-time and which are not in still images says a lot. The only way you can actually tell the difference is by looking at the animations. Right now, the animations are not as polished as we’d hoped. As such, both lip-syncing and character movement feel a bit stiff and unnatural.

Nevertheless, this is the future of video-game graphics, plain and simple. Now whether actual games will look anything like this remains to be seen. After all, there are some major performance hits on both Xbox Series X and PS5.

Enjoy the comparison and stay tuned for more!

The Matrix Awakens vs Original Movie Scenes Comparison - Is this Photorealism already?