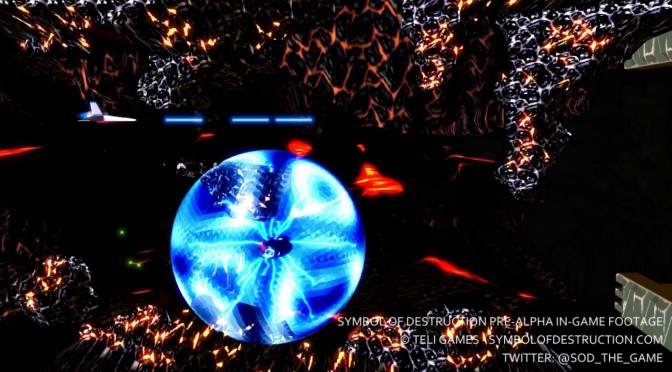 TELI Games has released a new trailer for Symbol of Destruction, showing pre-alpha footage of the first side-scrolling space shooter with fully destructible environment. Symbol of Destruction is created by a single person, and this trailer shows off the unique core mechanics, a few enemy types and the first end-level boss, a giant mechanical vulture. Enjoy!