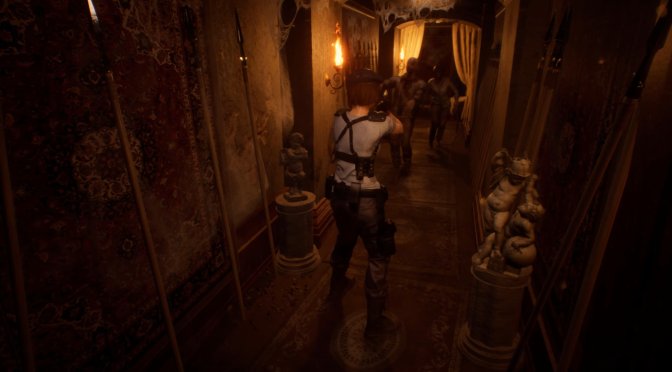 RE Biohazard has shared a video, showcasing a fan remake of the first Resident Evil game they’ve been working on in Unreal Engine 5. This fan remake stays true to the concept of the original classic game, so be sure to watch the video.

. This is a completely different project from the one we shared back in January 2022.

This Classic Edition Remake of Resident Evil will play similarly to the original 32-bit game. And yes, from the looks of it, it will have tank controls.

On the other hand, in the other remake of Resident Evil 1, players will manage their inventory, and find defense knives to quickly run away from a zombie about to bite them. Additionally, they’ll be able to use their flashlight whenever they want. The game will also have a dodge mechanic, and a good amount of weapons to choose from. As for

Lastly, and speaking of Resident Evil fan projects, there is a classic Resident Evil Remake in Unity with a first-person mode that you can download.