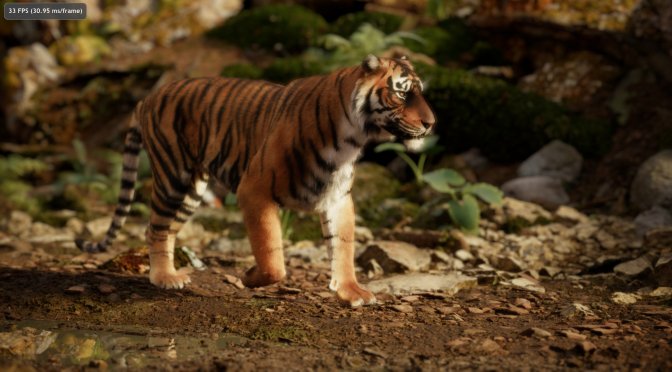 At GTC 2022, NVIDIA showcased real-time path tracing. The green team used a variety of demos that were running on an NVIDIA GeForce RTX3090 at 1080p. And Aaron Lefohn, Vice President of Graphics Research at NVIDIA, shared some short videos.

Going into more details, the first demo showcases The Paris Opera House. This demo has more than 160 million instanced triangles (60 million unique triangles). NVIDIA path-traced the scene with up to 3 bounces of indirect lighting. NVIDIA also used 500,000 emissive triangles for the main lighting, and added 30 dynamic spot lights. This scene was running with 30fps on an NVIDIA GeForce RTX3090.

The second scene shows a tiger in a jungle. The jungle has 3 billion instanced triangles and the tiger has a total of 3.5 million hair segments. The light transport is simulated with up to 30 bounces of path tracing and then denoised. Similarly to the previous demo, this also ran with 30fps at 1080p on an RTX3090.

(4/10) This is real-time path tracing research.

(6/10) This is real-time path tracing research.

(8/10) This is real-time path tracing research.