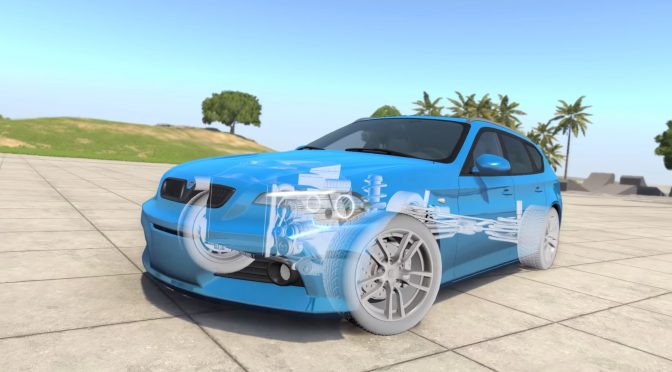 BeamNG has released a brand new tech video, showcasing the amazing soft-body physics engine and car deformation that players can experience in BeamNG.drive. BeamNG.drive is described as an immersive vehicle simulator offering near limitless possibilities to explore driving, stunting, crashing, and customizing vehicles.

According to the team, the soft-body physics engine at its core creates an authentic and visceral driving experience with the most realistic and violent car damage to appear in a game. The vehicles and open-world environments are hand-crafted with passionate attention to detail, and vehicle modifications have realistic effects that come naturally from the in-depth simulation.

BeamNG.drive features detailed soft-body physics, simulating every component of a vehicle in real time using nodes (mass points) and beams (springs) for the most detailed, authentic, and versatile simulation ever seen in a game. The game comes with more than 20 detailed, customizable, destructible vehicles, ranging from compact cars to huge trucks, with more to come. In addition, vehicles can be customized with different wheels, suspension, engines, spoilers, body kits and more.

BeamNG.drive also features the most realistic damage model ever. According to the team, there is no predefined damage and no limit to how much a car can be destroyed as every body panel is simulated and crumples like the real thing in a crash.