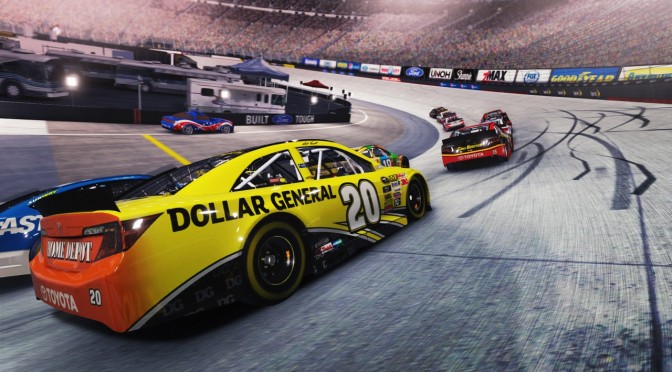 Better late than never I guess. In order to spark interest for the NASCAR game that was released back in February, Nvidia and Eutechnyx released a new video showcasing the PhysX effects that are being supported. NASCAR ’14 PC supports GPU-accelerated CUDA particle effects, meaning that Nvidia owners will enjoy better sparkles, particles and smoke effects. As a result of that, cars can push and drag the smoke around the track as they pass through a large cloud and smoke stays longer on screen. Enjoy!